Photograph courtesy of Antrell Williams/Flickr A recent report for the American Sportfishing Association holds some powerful new ammunition for sportsmen... 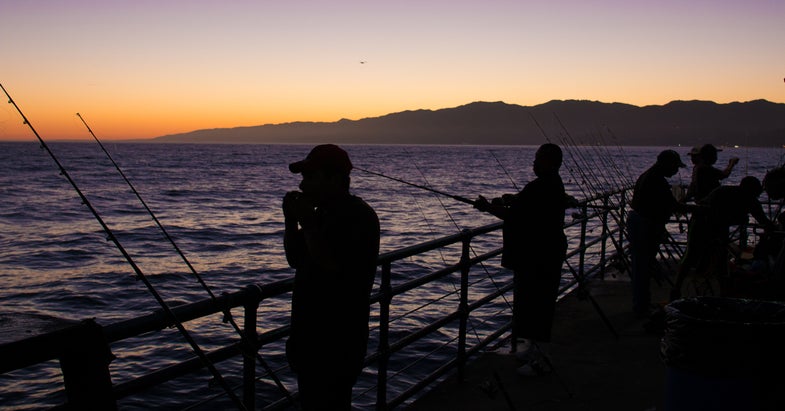 A recent report for the American Sportfishing Association holds some powerful new ammunition for sportsmen in their battles to conserve fish and wildlife habitat: Urban areas produce as many angler as rural sections of this country—and they spend as much or more money on their sport.

The report, Economic Contributions of Recreational Fishing: U.S. Congressional Districts, quantifies how many anglers reside in each congressional district and the impact they have on local, state and national economies, including jobs supported and tax revenues. As the report notes, “Recreational angling constitutes one of the largest components of outdoor recreation in the U.S., having generated over $48 billion in retail sales in 2011, and contributed $115 billion to the national economy. At the state level, anglers spent $39.3 billion within the states where they live and $8.7 billion beyond the borders of their home state. The spending by residents supported close to 563,000 jobs totaling $20.1 billion in wages and income.”

In each state, that spending and economic impact differed little from congressional districts spreading over largely rural areas to those representing urban centers.

So why should sportsmen care about any of this?

Over the last decade, sportsmen’s conservation groups realized they can no longer win battles to protect habitat on the moral strength of their arguments. They would have to use money. Not the kind you give to politicians—we’ll never be able to compete with the likes of big oil, mining, development, or agriculture. Instead it’s making the argument to the rest of the nation—most of whom are not outdoorsmen and outdoorswomen—that our fight isn’t just about protecting fish and wildlife (and our opportunities to kill and eat them). It’s also about the economic well being of the communities and the nation we live in.

This is a very potent argument, because it is the only counter-point to the hammer congressional opponents have always used to justify dirtying our air and water, and degrading or selling our hunting and fishing lands. With numbers like these, we can show them our desire to save wild places isn’t a choice between our playtime and someone else’s ability to feed their family. It’s about protecting the jobs of tens of millions of other Americans. Simply put: Our play is their bread and butter.

This study helps the cause by showing just how much bread and butter we’re buying for our neighbors. It produces evidence that fishing is just as important to urban residents and economics as it is to rural areas, helping knock down a stereotype opponents have long used to divide and conquer sportsmen.

Fishing is a universal pastime—and an economic multiplier—for all Americans, no matter where they live.