Photograph courtesy of Reza/Flickr Over the many years I’ve been writing and opining about conservation issues for sportsmen, a consistent... 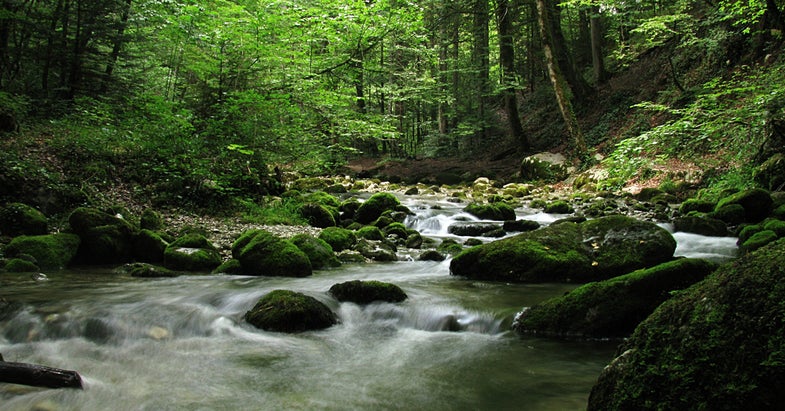 Over the many years I’ve been writing and opining about conservation issues for sportsmen, a consistent theme among my critics has gone something like this:

“You’re just a liberal – and a Democrat, to boot.”

I’ve always thought those claims to be an insult to conservatives and Republicans (although some liberals and Dems might take offense, as well).

The only things I write about are environmental issues that impact fish and wildlife – and thus hunters and anglers. I don’t comment on abortion, taxes, gay marriage or any of the other topics that have formed the wall dividing between conservatives and liberals.

So these critics are claiming that anyone who is for protecting fish, wildlife, hunting and fishing, must then be a Democrat and, thus, on the liberal side of all those other issues.

I have long known that isn’t the case. I have many outdoor friends who see no inconsistency in being pro-life, pro-business, anti-immigration reform AND pro environment. And it pains them that the party they favor – the GOP – has consistently come down on the wrong side of environmental issues.

It has been my long-held belief that in a national referendum on the environment, Republicans support for protection would be close to that of Democrats – and that sportsmen of both stripes would be among the strongest defenders of tough regulations.

Well, now there’s a scientifically valid national opinion poll supporting my beliefs. Researchers found broad support – often topping 70 percent – for strong protections for clean water, even among those who said they were Republicans. They were polling likely voters who self-identified as hunters and anglers, of both.

Among the key findings:

• 77 percent of Republicans agreed the Environmental Protection Agency should apply the rules and standards of the Clean Water Act to smaller, headwater streams and wetlands – something their GOP reps in Congress have been fiercely opposing. The same support was found with Independents (79 percent) and Democrats (97 percent ).

• Fully 89 percent say that the Clean Water Act has been “more of a good thing” for the country, with majorities of every single demographic sub-group echoing this sentiment.

• More than 8 in 10 sportsmen (82 percent) agree with the statement: “We can protect our water quality and have a strong economy with good jobs for Americans at the same time, without having to choose one over the other.”

• Three-quarters (75 percent) of hunters and anglers see applying the Clean Water Act to smaller streams and wetlands is more of a safeguard, rather than a burdensome regulation.

Another important point that is hard to miss: The GOP congressional delegations are opposing many of the same issues their hunters and anglers back home support.

The poll was done for the green-friendly National Wildlife Federation. But it was conducted by a bipartisan team of research firms: Public Opinion Strategies, which typically works for the GOP, and Greenberg Quinlan Rosner Research, which works mostly for Dems. And they reported the 1,000 voters interviewed leaned conservative – 38 percent of those polled were Republicans, while just 28 percent were Democrats. Almost half of those surveyed (49 percent) said they considered themselves a supporter of the Tea Party.

“It would be hard to find a more conservative group than the hunters and anglers we polled,” said Lori Weigel, a partner at the Republican polling firm Public Opinion Strategies. “And yet their support of this policy is broad-based and widespread, cutting across partisan and ideological divisions. And it endures after hearing the arguments against it.”

If you’ve been reading recent posts on these issues, you know I agree with all these conservatives, Republicans and Tea Partiers.

So, how can I be a liberal and a Democrat, as my critics claim?

Of course, I well might be. And that’s the broader point I’m trying to make.

Protecting the environment has never been a partisan issue among most Americans, and certainly not among sportsmen – one of the nation’s traditionally conservative groups.

Jim Martin, conservation director at the Berkeley Conservation Institute – a branch of Pure Fishing, one of the world’s largest tackle companies – said it best:

“Hunters and anglers were the original conservationists, and their support for this policy comes as no surprise. Restoring Clean Water Act protections to smaller streams and wetlands will help the economy, protect our drinking water and allow us to pass the great sport of fishing down to future generations. Congress should allow this common- sense rule to take effect without delay.”

Which is what all those conservatives and liberals were saying to the pollsters.