One of the strongest points sportsmen can make in arguing for regulations protecting fish and wildlife habitat is that when... 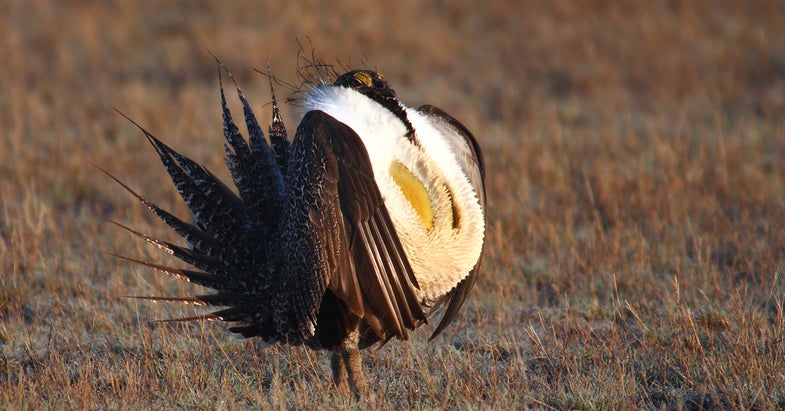 One of the strongest points sportsmen can make in arguing for regulations protecting fish and wildlife habitat is that when critters have healthy homes, so do humans.

The latest example is science showing that preserving healthy sage brush habitat in the semi-arid west not only benefits wildlife like sage grouse and grazing acres for livestock, but it also improves late-season water availability for all living things, including people.

That’s the take from a review of USDA research done by the Science for Solutions program, run by the Sage Grouse Initiative. That’s the coalition of private landowners, state and federal agencies, and conservation groups that has been opening eyes with their successful efforts to keep that species from the being listed as threatened or endangered.

A key finding: a sagebrush-dominated watershed holds water in snow drifts an average of nine days longer than one dominated by juniper trees. And stopping the incursion of junipers is one of the SGI’s primary goals. Of course, it’s been the fashion in the last decade or so for some western politicians to sell the idea that any government regulation to protect fish and wildlife hurts landowners and other folks. So this report provides yet another handy reply to that specious argument.

Another would be to suggest a reading of Tim Egan’s “The Worst Hard Time: The Untold Story of Those Who Survived the Great American Dust Bowl.” There is no better example of what can happen to entire landscapes when profit is the only consideration.

In the meantime, the SGI offers this handy explanation of how healthy sage grouse habitat helps all the other critters living in that ecosystem, including us:

Why is holding snow important for rangelands?
In the West, most precipitation comes in the form of snow. Having snow on the landscape longer gives water more time to slowly seep into the ground, providing more water in the soil at critical times for plants, sustaining wet meadow areas, and increasing late-season streamflow.

ARS researchers compared snow and streamflow data from sagebrush- versus juniper-dominated watersheds over the span of six years in the Owyhee Mountains of southwestern Idaho. Their goal was to better understand how juniper affects water availability. Working with physical data from four weather stations in the mountains, the researchers used iSnoball to model and estimate the amount of snow accumulated and how fast it melted in both juniper and sagebrush landscapes.

Why does snow melt slower in sagebrush?
A wide-open sagebrush landscape has higher wind speeds, causing snow to pile up deeper in different areas. This uneven distribution causes snow to melt at different rates and, in some areas, hold water for longer periods of time.

What are the benefits of snow in sagebrush?
Since parts of the sagebrush landscape hold water longer, the soil has more water available later in the season to grow “green groceries” – succulent grasses and wildflowers that make for high-quality habitat and grazing lands. This ARS research also shows that snow-covered, sagebrush-dominated watersheds are better at turning limited precipitation into stream flow. Timing of snowmelt influences riparian and wet meadow areas that are critical for many species, including sage grouse, as the arid sagebrush ecosystem dries up during the summer.

What are we doing to help?
Over the last 150 years, the amount of conifers in the sagebrush sea has increased by up to 625 percent because of a combination of factors. This encroachment by junipers and other species has been detrimental to the ecosystem. Through SGI, a partnership led by USDA’s Natural Resources Conservation Service (NRCS), ranchers and conservation partners are expanding sagebrush habitat by strategically removing conifers to preserve native grasses, wildflowers, and shrubs. This keeps the sagebrush sea intact and viable for wildlife and ranching operations. Research now confirms conifer removal benefits sage grouse and other sagebrush-dependent species. Plus, it makes rangelands more resilient to wildfire and more resistant to invasive weeds.

Conifer expansion is one of the five primary threats targeted by the agency’s Sage Grouse Initiative 2.0 investment strategy, which strategically directs conservation efforts where the returns on investment are highest.