Photo courtesy of USFWS Mountain-Prairie/Flickr Sportsmen’s groups are celebrating a rare event this week: A quick victory on Capitol Hill.... 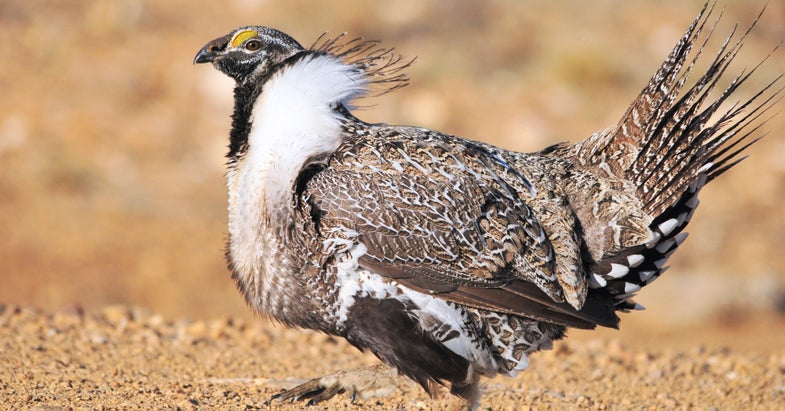 Sportsmen’s groups are celebrating a rare event this week: A quick victory on Capitol Hill.

And they are thanking the everyday hunter and angler.

The cheers started Tuesday when Sen. Mike Lee (R-UT) withdrew his amendment to the National Defense Authorization Act that would have torpedoed a years-long conservation effort protecting the Western steppe habitat critical to sage grouse and many other species.

“Senator Lee realized that he did not have the votes to pass his amendment (so) he withdrew it prior to its consideration on the floor of the Senate, a victory for sage-grouse, for public lands, and for sportsmen,” said John Gale, Conservation Director for Backcountry Hunters and Anglers, one of the groups lobbying against the amendment. “The list of Republicans who were willing to vote against the amendment was extensive and impressive, and the sportsmen’s voice was a big part of the win.”

Of course, nothing is final on Capitol Hill until the president signs or vetoes a bill. And given the powerful interests Lee and his colleagues were representing—energy, mining, agriculture, and development—sportsmen need to keep their eyes and ears open on this issue.