Spending Bill Is a Win for Sportsmen and Wildlife

Photograph courtesy of Bureau of Land Management/Flickr I’d like to thank America’s sportsmen—and especially the organizations lobbying on their behalf... 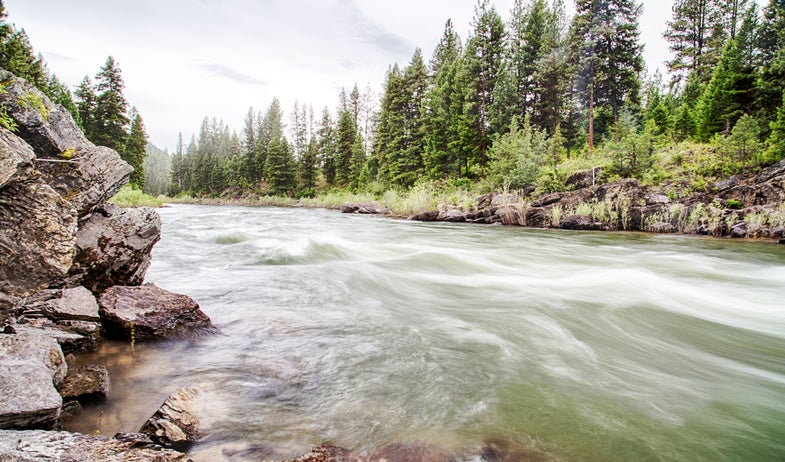 I’d like to thank America’s sportsmen—and especially the organizations lobbying on their behalf across the nation—for one of the best Christmas gifts in years: The omnibus spending bill sent by Congress to President Obama last week.

The bill the president signed had been stripped of dangerous riders aimed at gutting important environmental safeguards for fish, wildlife, sportsmen, and others. And it provided funding for key conservation programs and agencies some in Congress were hoping to kill or eviscerate. The full list is below.

Those same sportsmen’s groups that did yeoman’s service for this just cause have spent the last week sending out press releases that “praise Congress” for this result. Certainly some of those paid public employees deserve that praise—even if it’s only for doing the right thing.

But the real heroes in this drama are the ordinary Americans who took the time to get involved from home—especially the outdoors folks.

In the last decade of the more than 40 years I’ve been covering these fights, the trend has not been good for the environment and public spaces. As the nation’s population has soared, the percentage of those who have a personal relationship with nature and the outdoors has become an ever-smaller slice of the voting pie. Some politicians take note of that, especially when the money for their campaigns comes primarily from interests that profit from harvesting public property.

That obvious trend has prompted many outdoors folks to simply withdraw from the fight. One of the most frequent complaints I hear from the rank-and-file sportsman is: We have a real political problem.

As regular readers here know, my counter argument to that is: We have a citizenship problem.

Complacency may be the biggest threat to the future of our outdoors heritage.

And this spending bill proves that—because, according to all reports, if not for the active engagement by sportsmen and other outdoors folk, some really bad things would have happened. Of course, the outcome wasn’t perfect, and most of these victories are only temporary because our opponents will be refunded and ready to attack next year. But the wins outnumbered the losses.

So thank you, sportsmen and your hard-working organizations. Here’s what you accomplished:

• The Land and Water Conservation Fund was reauthorized through 2018, with $450 million appropriated for FY2016, an increase of more than $100 million over the FY2015 level.

• $35,145,000 was appropriated for The North American Wetlands Conservation Fund.

• The interest from the investment of Pittman-Robertson funds is deposited into that fund for use annually. This provision was reauthorized for 10 years.

• The Great Lakes Restoration Initiative was authorized for $300 million.

• $32.158 billion was allocated for Interior and Environment—a 6 percent increase over FY2015, which includes boosts for the Forest Service, Fish and Wildlife Service, National Park Service, and Bureau of Land Management.

• $5.77 billion was budgeted for the National Oceanic and Atmospheric Administration (NOAA), or $324.6 million more than FY2015, with increases for coastal science and assessment.

• No rider to undermine protections for headwater streams and wetlands under the Waters of the U.S. rule.

• No rider to delay or defund conservation plans meant to keep the greater sage grouse off the endangered species list.

• No rider to block the Clean Power Plan, an effort to reduce carbon emissions from current and future power generation.

• Permanent authorization for an incentive to create conservation easements on private lands.