The Unintended Political Lesson of the Sage Grouse

Election season is coming up, which means sportsmen-conservationists should steel themselves for a round of name-calling. Not about us. Washington-bound... 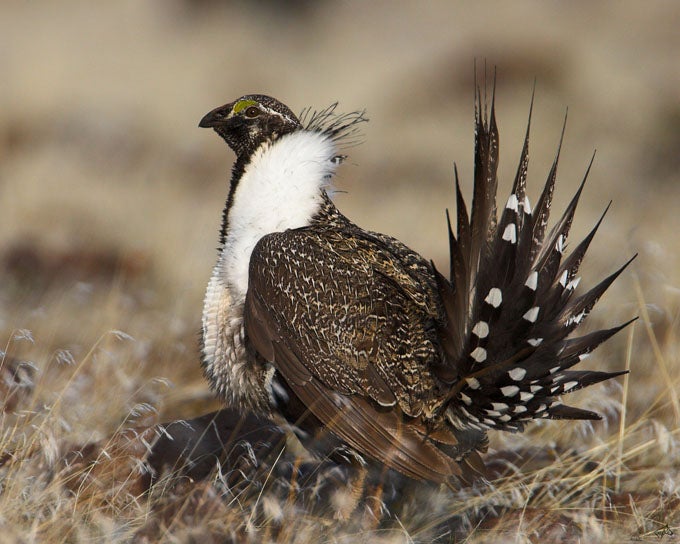 Election season is coming up, which means sportsmen-conservationists should steel themselves for a round of name-calling. Not about us. Washington-bound politicians love us – right up until it’s time to vote on legislation important to fish and wildlife habitat.

No, the name-calling will be aimed at that very legislation, and any groups that support it will be called “environmental extremists.”

That includes hunters and anglers who know we need rules for clean air and water, who know we need public-land management plans that give fish and wildlife at least equal status with extractive industries, and who know we must continue to protect those small slices of the continent still qualifying as wilderness.

None of those ideas are radical. In fact, they have been supported by sportsmen as far back as Teddy Roosevelt. But as November approaches, anyone in favor of those measures can expect to be slammed with the same ridiculous charge.

Sportsmen will also be told that supporting those ideas is somehow “liberal,” the hope being that, since most sportsmen consider themselves politically conservative, they might decide to oppose the very laws and programs their own organizations support.

All this comes to mind after reading a recent news story about some progress being made to protect the rapidly declining numbers of greater sage grouse, thanks to “unusual collaboration” among normally competing interests.

Regular readers of this site will know about the Sage Grouse Initiative, a group that was featured recently in our Hero For A Day video series.

Some of the nation’s foremost sportsmen’s groups are working with landowners such as ranchers, government agencies, and industries (including those in the energy sector) to find solutions to the habitat loss that has caused the populations of this iconic western game bird to collapse.

The news story points out that one reason the commercial interests are cooperating with this effort is because if that downward trend isn’t stopped, the greater sage grouse might be considered threatened or endangered. That would trigger protection by the Endangered Species Act, which would limit the activities taking place on the bird’s diminishing habitat. It would certainly put ranchers in a pinch, but it would be a bigger blow to companies trying to make money off the land in other ways – including oil and gas drilling, pipelines, and even wind energy.

So how much effort would most of those commercial interests be giving to the sage grouse if that hammer wasn’t hanging over their heads?

I’ve certainly met ranchers and energy folks who care about fish and wildlife – and about this bird in particular – for the most altruistic of reasons. But that is usually the exception, not the rule.

And that’s why all those laws and regulations (the Clean Water Act, Clean Air Act, Wilderness Act, Roadless Rule) and agencies (EPA, Department of the Interior, Forest Service, Bureau of Land Management) many politicians will be raging about this election season are so important to sportsmen.

Without them, the future generations would have no chance to experience the hunting, fishing, and general outdoor recreation that generations of American sportsmen have taken for granted.

So when the name-calling starts, ignore it. Or, better yet, refute it, loudly.