A Case for Free Guns

By and large, manufacturers don’t shower us gun writers with free guns (or, maybe they do, and everybody but me... 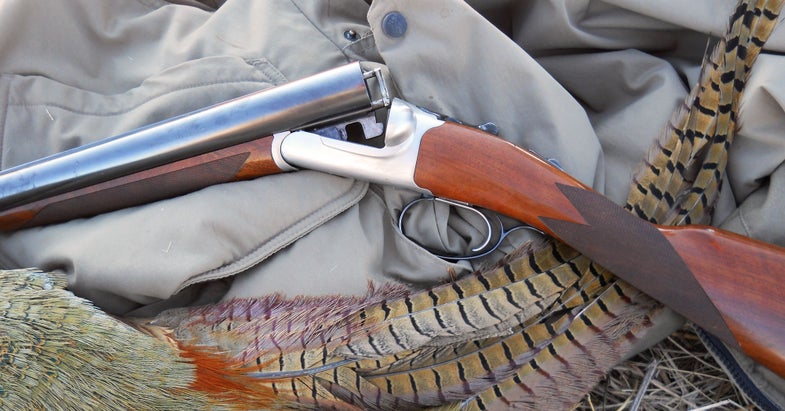 By and large, manufacturers don’t shower us gun writers with free guns (or, maybe they do, and everybody but me knows the secret free-gun handshake) in exchange for favorable reviews or more press. It’s true that I’ve been given a few guns over the years, and I have one very nice over/under, stocked to my dimensions, on “lifetime consignment.” I was told that it wasn’t mine to sell or saw off or paint purple or anything like that, but it was clear that the manufacturer wasn’t going to ask for it back, either. I assume they’ll be contacting my heirs about it someday. However, I’ve bought a couple of review guns at very good prices instead of sending them back. My Ruger Gold Label, for instance, is now worth about three times what I paid.

I’ve heard that back in the day, before I fell into gun writing, manufacturers had their A-list writers, and if you were one of them, you had only to ask. That era is over, but, while it would have been fun to receive free guns on demand, I don’t feel the least bit sorry for myself. My gun collection is modest, but I certainly have enough that if The Birds had been filmed at my house, it would have been a very different movie. Besides, anything I want to shoot I can loan from manufacturers, but I like to think that having to send back review guns keeps me honest.

Truthfully, what puzzles me is why more manufacturers don’t give away guns. The guns I know best and write about the most are the ones that I own and use all the time. I knew a public relations guy who worked for a company that made a very cheap, very accurate slug gun. On a couple occasions, he bragged to me that he’d never given a gun to a writer, to which I thought: Why not? You might have $100 in a gun, and if I had your job, I’d give every gun writer who wrote about slug shooting a 12 and maybe a 20. Is there a better, cheaper way to get your guns into print?

The late Tony Knight, of Knight Rifles, understood the idea of free guns as inexpensive P.R. better than anyone—he gave away guns like Elvis. If you were a guide or a writer and met Tony, you shot his rifle. Early in my writing days, he sent me a muzzleloader, which I hunted with, dutifully boxed up, and sent back, as I did with all other guns. Tony, who swore constantly, responded “(Lord’s name in vain), why the !+$# did you send back that SOB?” and he sent me another. It’s no coincidence that, early in the inline boom, all the rifles pictured in magazines were Knights. Tony’s approach turned out to be pretty smart marketing.