A Fresh Look at the Boy General

Eventually, The New York Times and I were bound to agree on something, and it’s a biography titled Custer’s Trials:... 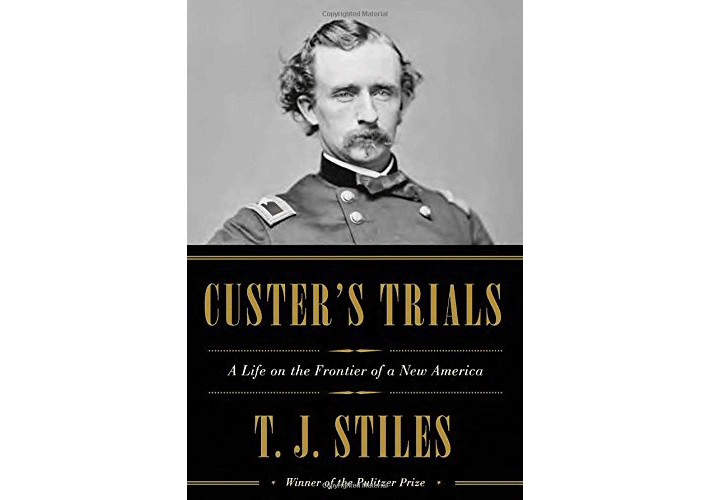 Eventually, The New York Times and I were bound to agree on something, and it’s a biography titled Custer’s Trials: a Life on the Frontier of a New America, by T. J. Stiles, who is a Pulitzer Prize and National Book Award winning historian. The Times, taking a moment off from railing against guns, picked Custer’s Trials as one of the ten best non-fiction books of the year.

Custer was the product of an America which changed more dramatically during his brief life than at any time in its history, except for the present sorry epoch, and Stiles, who can write, and also research, recounts how those times shaped him and, in the process, demolishes some of the Custer despisers’ (there are many, and I am one) most cherished myths.

Probably the most important is the belief that, during the Civil War, Custer went from second lieutenant and class goat at West Point to brigadier general and national hero via a combination of luck, political favoritism, and suicidal bravery. His sole tactic, it’s claimed, was the headlong charge. Not according to Mr. Stiles.

Custer was very lucky. He actively cultivated senior officers, as did most smart ring-knockers, then and now. He was popular with his troopers and not so much brave as incapable of conceiving that he might be killed or maimed. Stiles makes the point that had Custer been an infantry officer instead of a cavalry commander, and had he been involved in some of the really serious slaughters of the war, his outlook might have been different.

What Stiles shows is that Custer rose because he was, beyond doubt, a skillful and conscientious commander with a wonderful instinct for the battlefield. This feeling for the way a battle was shaping caused him, on at least two occasions, to refuse to lead attacks which he was certain would lead into ambushes (and he was right).

At the Battle of the Washita River, in 1868 (more properly referred to as the Massacre at the Washita) Custer refused to ride to the aid of Major Joel Elliot, who had gotten in over his head. Stiles makes a convincing case that if Custer had gone to the rescue, he would have found the same end he found in the Greasy Grass Valley eight years later, and that maneuvering his troopers out of their own fix took skill, nerve, and imagination.

Like Grant, whose gifts deserted him at the war’s end, Custer failed at nearly everything he tried except soldiering, was plagued by a gambling addiction which he never was able to control, and was almost universally detested within the officer corps. He saw Little Big Horn as his last chance to salvage his career.

Stiles does not dwell on the battle. He’s not sympathetic toward Custer, but he points out that the Boy General was about as badly served by his battalion commanders (Marcus Reno, an alcoholic who was almost certainly drunk while the fun was going on, and Frederick Benteen, who detested Custer and made no secret of it) as it was possible to be.

The 7th Cavalry faced at least 2,000 of what had been called the finest light irregular cavalry in the world, led by two able commanders (Crazy Horse and Gall), who were better armed (more repeating rifles) in the bargain. Stiles quotes Custer historian Robert Utley:

“The simplest answer, usually overlooked, is that the army lost largely because the Indians won. To ascribe defeat entirely to military failings is to devalue Indian strength and leadership.”

After the battle, Sitting Bull said of Custer “He was a fool, and he rode to his death.” That’s true, but the Boy General was much more.

Evan S. Connell’s Son of the Morning Star is still the most readable book on Custer and his times, but this one is no slouch and, I suspect, is better history. The publisher is Alfred A. Knopf. It’s a terrific book.