Soon SHOT Show will be upon us and the secret will be out, but Remington has a new top-secret shotgun... 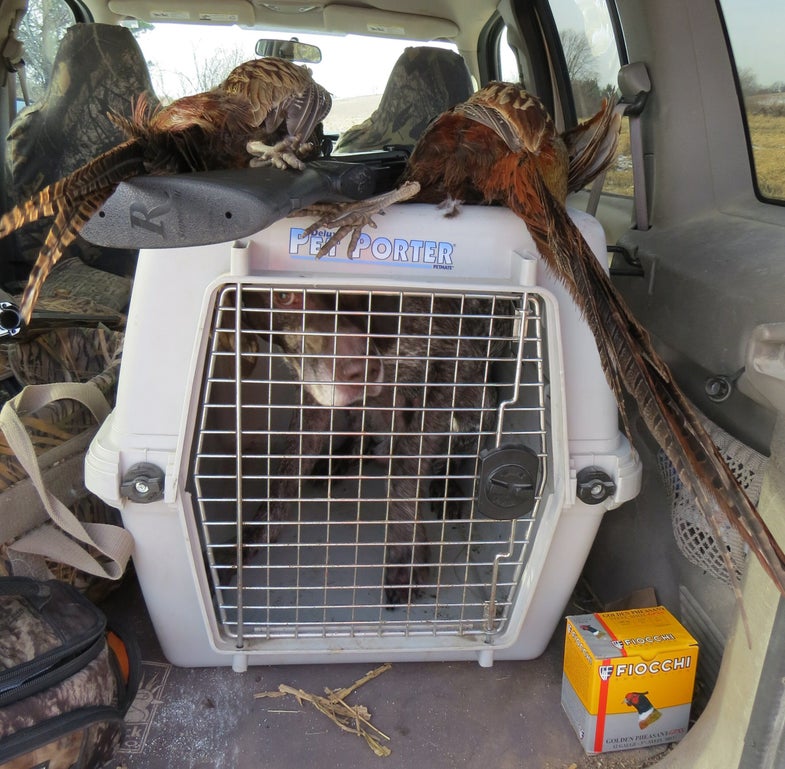 Soon SHOT Show will be upon us and the secret will be out, but Remington has a new top-secret shotgun I’m not supposed to talk about. I had a chance to shoot it this season, and I can give you this not-very-revealing sneak peek at it. That’s the gun, on top of Jed’s crate, along with a brace of roosters I collected with it one day last fall.

Okay, so the picture doesn’t tell you much, but I can’t tell you much about it anyway. It’s a brand new gun. It functions in a manner similar to another Remington, but the two guns share no common parts at all. The gun works. Unlike many Remingtons, it’s light enough for a hike after pheasants and it fits right into the duck blind, too. I like it a lot and I think it’s a gun Remington has needed in its lineup for a while. As you can see by the box of shells in the corner, it’s a 12 gauge, although I suspect a 20 gauge isn’t far off.

You’re free to speculate away at what it might be. I can, of course, neither confirm nor deny any of your guesses until January 20, when SHOT Show starts.