David E. Petzal answers your questions about guns, shooting, hunting, and life. A lot of my friends play hunting and... 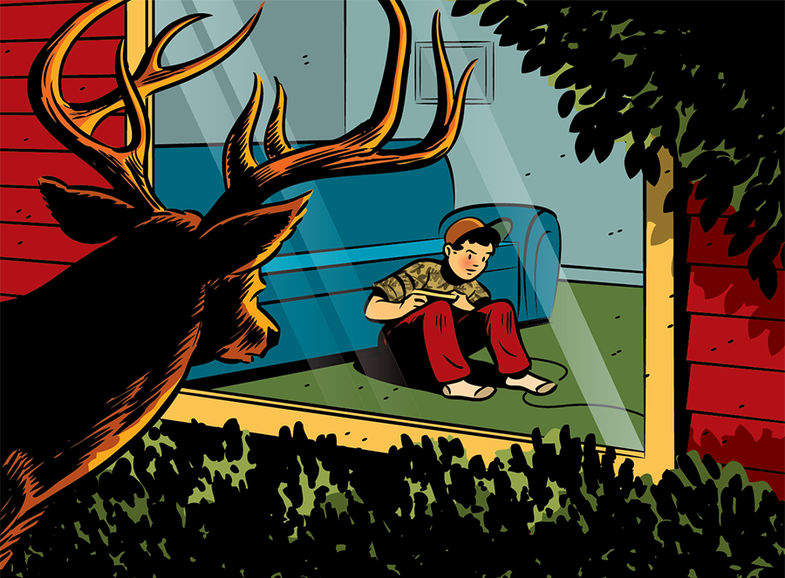 A lot of my friends play hunting and ­fishing video games. What do you think of these types of games?
—Zachary Zwiebel, Lima, Ohio
A: I’ve seen very few, but the ones I have tried are as idiotic as just about every other form of amusement that comes up on a screen. It’s much better to actually hunt and fish than it is to play a video game. The degree to which our young folks stare into screens borders on the psychotic.

Q: As a former soldier and now a machinist, I am OCD about things being “dress right dress” and holding tight tolerances. Am I crazy for trying to get the scope-ring gaps exactly the same all the way around? It drives me nuts if they look the slightest bit askew.
—Tim Sipes, Marshall, Texas
A: You want all the scope-ring screws to be equally tight, or you’ll torque the scope clockwise or counterclockwise and your vertical crosshair will tilt. So yes, it makes sense to have the ring gaps as close to equal as you can get them without going nuts about it. But perfectly equal? As big a waste of time as hunting and fishing video games.

Q: Will the AR trend end soon, or will American rifles continue to evolve off that platform?
—John M. Thorpe, Chico, Calif.
A: ARs are the wave of the future. The AR stock is form following function. ARs kick less. ARs use small cartridges, which are cheaper to buy. ARs can be customized at home without a diploma from a gunsmith school. ARs kick less. Their only disadvantage is the need for a somewhat high level of maintenance compared with a bolt action, but I think you’ll see that diminish over time. And they kick less.

Q: I have read that the Ruger M77 has a slightly oversize bore and is therefore less accurate, and good only for shots inside 200 yards. Is this true?
—Kevin Watts, Metamora, Ill.
A: In a word, no. How could a major rifle maker stay competitive if it used substandard barrels? Ruger has used a number of barrel suppliers over the years, and some of them have been less wonderful than others, but others have been very good indeed. I have shot some very accurate M77s.

Q: How much longer will hunters be shooting lead bullets?
—R.G. Jones, Logan, W.Va.
A: Probably a good many years. Right now, there is nothing I know of that can compete with lead both in ballistic properties or cost (the latter is the key factor). I do think that the use of lead will be curtailed more and more as time goes on, but I don’t see it disappearing anytime soon.

Q: I’m 14 years old, and I got $100 in cash for my birthday. I want to spend it all on a really good deer hunting knife. What do you recommend?
—Jason Wilkes, Oklahoma City, Okla.
A: I suggest that you go to ­ragweed​­forge.com and look at Helle knives, which are made in Norway, have laminated stainless blades, and sell in the $75 to $130 range. For a hunting knife, I don’t know of anything better. Ragweed Forge itself is a hoot—very frank, honest evaluations of what the knives will and won’t do. If you’d like me to suggest a model, I nominate the Helle Viking.