Before we delve into this week’s installment of Ask Phil, I need to ask you for more questions. Ask me... 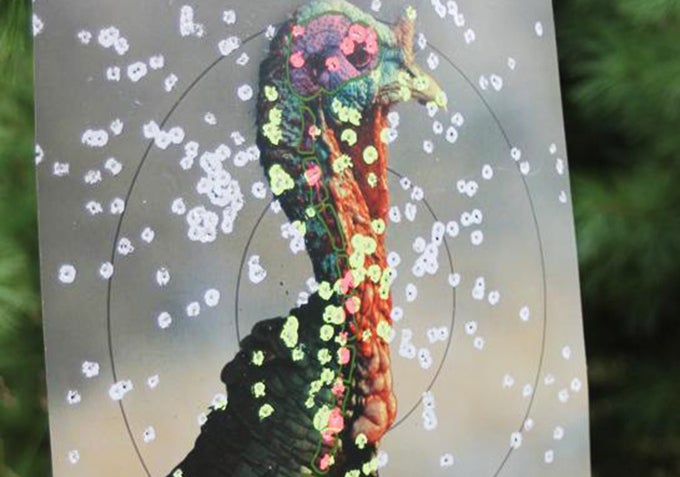 Before we delve into this week’s installment of Ask Phil, I need to ask you for more questions. Ask me anything. Not only do you get the benefit of my advice and wisdom for free when I answer your question here, you get your choice of a nifty prize from Cabela’s: S.T.R. Max Hearing Protection ear muffs, an Xtreme Range Bag, or an Interchangeable Shooting Glasses 3-Lens Kit. So, please, ask away at fsgunnuts@gmail.com

_Phil,
Have you ever either tested or seen good data on the distance that standard shot shells are lethal on game birds, and how shot size lethality compares at different yardages? I am especially interested in this question as it pertains to turkey hunting. It would be interesting to build a “Ballistic Turkey” similar to Dave’s “Ballistic Buffalo” and see how 5’s preform against 6’s at different yardages.

Back in the 70s Winchester set up some kind of trolley upon which 1,700 game farm ducks were strapped. When each duck passed a certain point a shotgun in a machine rest was automatically triggered, centering the duck in its pattern. Survivors went into a pen to see if they died or recovered. I am told that remnants of the duck trolley still exist at Nilo Farms, although I haven’t seen them. There is little chance, I would guess, in these times, that Winchester would ever set the thing up again and shoot more ducks.

At any rate, those ducks gave their lives so we could help other ducks give their lives quickly and without suffering. Winchester built a computer shot lethality model based on the results. You can find some of the data in table form in Bob Brister’s Shotgunning, the Art and Science.

As for turkeys, Winchester conducted another study years ago and determined a pellet needed to retain 2.6 foot pounds of energy to penetrate a turkey’s skull or vertebrae, which means 6 shot runs out of killing power just short of 40 yards; 5s are good to about 45, and 4s kill at 55. I have also seen another study that suggested 2 foot pounds were sufficient to penetrate. Personally, I believe turkeys are often killed by pellets that strike the head and neck without penetrating, but your goal should be to shoot a load that carries sufficient energy to fully penetrate out to your desired maximum range. With the ammo we have available now we can kill turkeys farther away than turkeys should be killed, in my opinion.

As for a “Ballistic Turkey” like Dave’s buffalo, I asked a friend in the ammo industry about that once. His view was that any pellet that would penetrate ¼ inch plywood would penetrate a turkey’s head or neck. I’ll have to try that next time I am testing turkey loads.