Ask Phil: Should I Shoot My Hunting Gun or a Clays Gun on the Range this Summer?

_1) Perhaps you have discussed this before but I don’t remember seeing it. I’m in the field several months every... 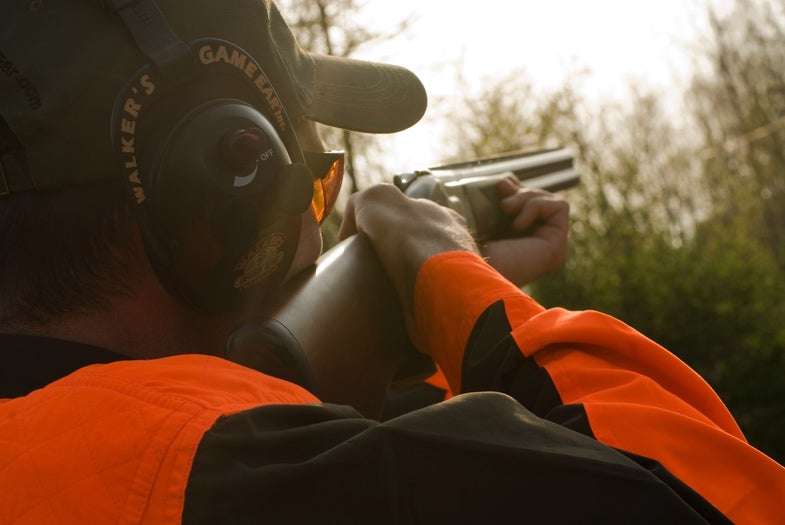 _1) Perhaps you have discussed this before but I don’t remember seeing it. I’m in the field several months every year for waterfowl and upland birds. And I also enjoy shooting trap and sporting clays. Is it better to stick with the gun you hunt with when shooting on the range? _

2) What’s the story with “barrel boogers?” It seems to me that a polychoke would be the bees knees for shooting sporting clays or situations where a hunter can quickly encounter a variety of game on the same outing (e.g. squirrels and doves or pheasants and ducks). But they just don’t seem to be very popular. How are the patterns? Is this just an aesthetic issue?

Dear Anonymous –
The answer to Question One depends in part on what you want to gain from your clay target shooting. It’s easier to shoot target games with target guns, especially trap. The straighter stock of a trap gun raises your head and, therefore the point of impact slightly, allowing you to see the bird clearly (“floating it” target shooters say) over the barrel. It is much easier to hit targets you can see and field guns sometimes require you to blot the target out with the barrel.

Likewise, sporting clays and skeet are easier to shoot with long, heavy guns that you would never want to take into the uplands.

If you shoot targets purely for practice, you’re probably better off with your field guns. If you want to shoot better scores, shoot target guns.

That said, I am not a serious target shooter. I shoot a fair number of clays every summer both because I enjoy it and to make myself a better field shot. Nonetheless, I shoot target guns for two reasons: 1) I like target guns, and the excuse to own target guns; and: 2) I need all the help I can get hitting targets, and the confidence shooting my best at clays carries over into the field. I also believe that a lot of what you learn shooting clays are the “sight pictures” filed away in your subconscious and those are the same regardless of what gun you’re shooting.

Often just before the season’s start I will get my hunting guns out for some skeet shooting to get completely tuned up.

As for Question Two, Polychokes are out now, although interestingly there a couple of different Polychoke type adjustable chokes that screw into the choke tube threads of modern guns for those who want to adjust their patterns throughout a day in the field. Personally, I am not much of a choke changer in the field, nor do I see anyone I hunt with change chokes, which may account for the Polychoke’s lack of popularity. They do work. Adjusting the collar gives opens and tightens patterns just as it is supposed to.

There is the fact that they are ugly, but I remember when extended choke tubes came out and I thought those were ugly. Then I got used to them. The “barrel booger” does present kind of a blob out there on the end of the muzzle that helps some and distracts others.

Back in the day, though you were not cool on the skeet field unless your gun had a Cutts Compensator with the spreader tube screwed in. It’s what the top shots used, both because it produced open patterns and it added some weight to the gun to help with follow through. That’s back when skeet guns had short barrels. Today we skip the add-ons and just shoot longer-barreled skeet guns.

I hope that helps. Even though you are Anonymous, I am pretty sure you already have this useful Cabela’s range bag and have said you don’t need a second. It’s yours if you want it.