I went on my first two safaris, to Rhodesia and Botswana, in 1978, which is now considered The Good Old... 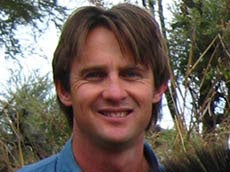 I went with an old friend and hunting partner, Chuck Banks, and we spent 10 days at the Save (Sah-vey) Valley Conservancy in the South East Lowveld of Zimbabwe. Save was started in 1992 in an effort to save the black rhino from extinction. Seven ranchers got together and agreed that since cattle were a) disgusting b) destroying the environment and c) unprofitable, they would get rid of the bovines, tear down all the fences, re-import game, including the rhinos, and patrol the resulting one-million-acre Conservancy with a vengeance.

Today, Save is one of the very, very few success stories in African conservation. Every shot fired within its borders is accounted for, and if unexplained gunfire is heard, it is investigated by a game patrol that is aggressive, highly armed, and not for sale. You do not want to poach on Save. As a result, it teems with game, including black rhino and just about everything else.

Chuck and I hunted with Buzz Charlton and Myles McCallum, who own and operate CM Safaris. They specialize in dangerous game, but will take you along on a merry romp after practically anything.

I hunted with Buzz in 1992 went he was 16 years old and an apprentice, or appy, as they are called, and he was not only a nice kid, but was able to put up with my nonsense. When I ran into him a couple of years ago at SCI, he was now an experienced pro, but was still a nice guy. Early in 2016, Chuck and I signed up for a hunt, and it turned out to be, in a walk, the best safari I’ve ever been on.

James “Buzz” Charlton is 43 and comes from a hunting family. He has taken an unimaginable amount of game, including 300 Cape buffalo and 300 elephants. Buzz has attended the funerals of five colleagues whose dangerous profession caught up with them, and has himself barely escaped death three times.

While in the stern of a canoe, he saw a hippo coming for him and jumped overboard an instant before the beast’s jaws crashed shut where he had been standing.

Leading his trackers and a client, he felt something whack him on a broad-brimmed leather hat he wore, and heard screaming from behind him. He thought he had been hit by a tree branch, but it turned out to be a black mamba that struck at him from above and reeled itself back up into the tree. If the snake had gotten Buzz’ head instead of the hat, he would not have lived.

He was charged by a cow elephant with a calf and held fire because of the little one. The cow hit him with her trunk, breaking six ribs and hurling him 30 feet down a river embankment. He shattered his coccyx on landing and, unable to move, watched the cow screaming on the bank above him. He realized that either the bank would give way beneath her, and she would land on him, or that she would come down and kill him, or that she would call it a day’s work and leave. She left.

*Nyati is the common name for the Cape buffalo.