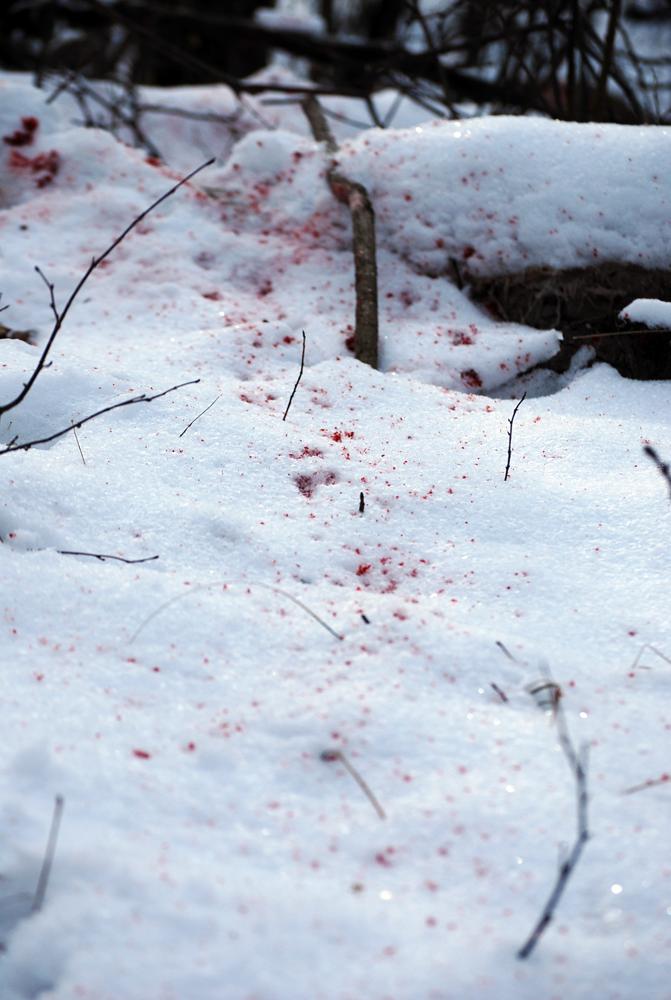 Last week I shot a whitetail buck in the ribs from 15 yards with a .30/06. I was, as they say, close enough to see the fur part, but the deer showed absolutely no sign of being hit. Not a twitch. Not a flinch. Not a break in stride. He switched from a walk to a leisurely canter and made it for about 75 yards with every sign of being in excellent health. Then he stopped; then he did the Funky Chicken for a few seconds; then he fell, never to rise again.

All this took place in a stretch of open country so I could see what was happening. If I had shot him in a break in the cover I might have assumed that somehow I managed to miss him and let it go at that. He didn’t leave a blood trail until he had gone 30 yards or so, and if there hadn’t been snow on the ground and little vegetation we might not have found it.

On that same hunt, another fellow shot an absolute monster buck (199 pounds field dressed) in the hip, completely shattering it. Dragging its ruined leg, the animal managed to run an incredible distance…uphill, which wounded deer are not supposed to do. It was kicked out of its bed once, ran some more, and finally collapsed. Again, if there had not been snow on the ground, who knows how it might have turned out.

There are a number of points here that I’ve seen proven true over and over again:

First, you always assume that you hit them. If a painstaking search reveals no fur, no blood, no hoofprints, and nothing else, you missed, but first you look, hard.

Second, a wounded deer will do anything, so rule out nothing. I once shot a whitetail doe that sprinted head-first into a tree and then fell dead.

Sometimes an extreme effort is called for. On one occasion, I saw a pair of hunters in South Carolina crawl on their hands and knees following a blood trail. They did this for half a mile, at the end of which they found the deer. I did the same thing once, reading glasses on my nose, but for a much shorter distance. Wayne van Zwoll, who is as fine a hunter as I know, kept looking for an Alabama whitetail for a day and a half, even though everyone was on his case to give up. But he was sure he had hit it, and eventually found it.

If you undertake to kill them, you have a solemn obligation to find them. Nothing less is acceptable.