The first matches appeared in China in the 14th century, but modern matches didn’t arrive until well into the 19th. … Continued 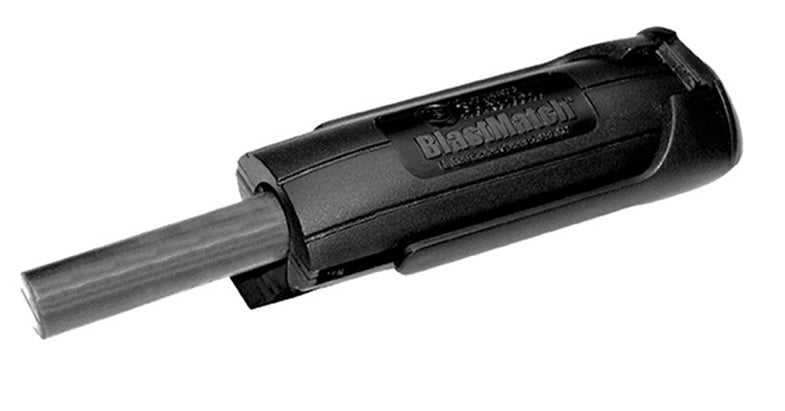 The first matches appeared in China in the 14th century, but modern matches didn’t arrive until well into the 19th. In the meanwhile, just about everyone carried a flint, steel, and tinder. One of the things that mountain men carried in their possibles bags was tinder; if they found something really nice, they’d pick up a bunch, because they knew that when they got through the next pass in the mountains there might not be anything decent available.

Failing that, I put together a fire-starting kit that I carry in my fanny pack, along with a first-aid kit. It weighs a pound, even, and its home is a waterproof, sealable plastic bag that I got at Eastern Mountain Sports 30 years ago. Every year before hunting season, I go through it and see if anything needs replacing because of use or general worthlessness.

Two boxes of stormproof safety matches. These came from Cabelas and are twice as long as the standard “lifeboat” matches. Cabelas also sells some really giant-sized ones, which I like even better.

A plumber’s candle. This is a fat, 3½-inch-long candle that was, I guess, used by plumbers. It was recommended to me by the late Chub Eastman. The reason for it, he said, is to save your lighter and your matches. You light the candle, which will burn for a long time, and use it to start your fire. Chub once got lost on Anticosti Island and did just that; he said the candle worked as advertised.

Fire Ribbon. This used to be called Mautz Fire Ribbon, and I assume that it’s the same stuff. It comes in a big tube, squeezes like toothpaste, and can pass for do-do. It saves you the trouble of searching for tinder. Squeeze a blob of whatever size makes you happy onto something (it even ignites on ice) and hit it with a flame or with sparks. It blazes right up and burns for a long time.

Wetfire cubes, four of. Same purpose as the Fire Ribbon, but they don’t look like do-do. They work fine, but I’d use two at a time instead of one. The more the merrier.

Two expensive butane survival lighters. Both of them work just fine for the moment, but I have great faith that they will screw up in the future. All the other expensive butane lighters have.

A BlastMatch. The BlastMatch appeared at the SHOT Show some years ago, and I was deeply impressed. It’s based on the (sound) principle that just about all the flint and steel sets you can buy don’t work worth s**t. Try a couple if you don’t believe me. The BlastMatch consists of a 2-inch-long magnesium stick and a carbide striker housed in a plastic handle. In use, you swing the cover out of the way, put the magnesium stick right on whatever you’re trying to torch, press the striker against the stick, and give a sharp push.

You get a profuse burst of sparks right where you want it; the little fellows don’t scatter all over or burn out in the air. Early Blast Matches were black, but the newer ones are orange, which makes a lot more sense. Mine is black, and I threaded a piece of orange parachute cord through its lanyard hole. This is one piece of equipment you don’t want to leave on the forest floor.

I’d add one more thing to the list—the Zippo lighter. This is nothing less than a piece of Americana, and the only reason I don’t carry one is because you have to keep them fueled up, and I don’t trust myself to remember to do it. Zippos went on the market in 1932, and while they were not an item of issue during World War II, they might have been. Everyone smoked, and I doubt if there was a soldier, sailor, or Marine who didn’t have one. As of 2012, when the company celebrated its 80th anniversary, 500,000,000 had been made.

They’re extremely simple. All you have to do is maintain the wick and the flint. Unlike butane lighters, they work fine at high altitude and don’t go weird on you after a few years of use. If I could find my uncle’s Zippo from World War II (It had a beautifully rendered Navy insignia on its side) it would work perfectly.

The point of carrying all this stuff is that something is going to work. As the SEALS say, “One is nothing. Two is one.” Both lighters, and the matches, and the Blast Match are not going to fail at the same time. Peter Kummerfeldt, the former head of the Air Force Academy Survival School and a mesmerizing lecturer on the subject, says that there is a profound psychological effect to starting a fire. If you can get one going, you feel you’re in control of your destiny. If you can’t, you feel dejection and despair, which can be as deadly as loss of heat itself.

I don’t intend for this to happen. Mother Petzal never raised such a foolish child.