First, a fond farewell to Sir Christopher Lee, the greatest Dracula of them all. Second, a technical question: How is... 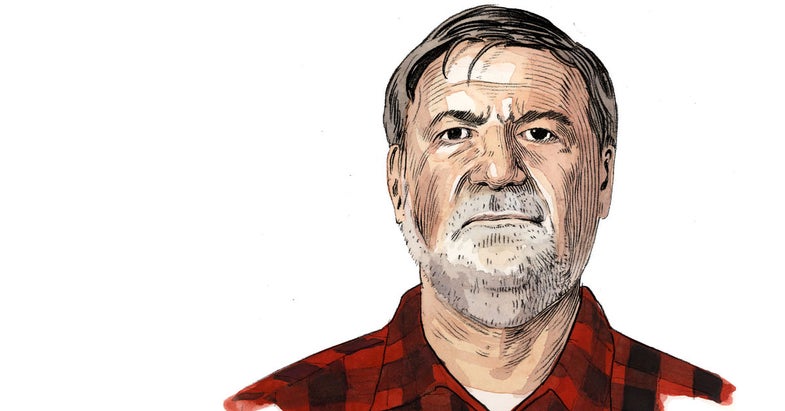 First, a fond farewell to Sir Christopher Lee, the greatest Dracula of them all.

Second, a technical question: How is it that Sirius XM knows when it’s playing something I really want to hear so it can cut off the signal? Maybe one of you has the answer; I’m baffled.

In any event, last week on Life Below Zero I watched Agnes Hailstone roll her snow machine and break the stock on her Mosin-Nagant. She was able to scrounge a replacement, but for most of us, if we’re hunting in the wild and our stock breaks through the grip, we have truly had the Green Weenie.

I’ve seen three gunstocks break on hunts. All three were walnut. Two were snapped when the front sling swivel stud pulled out; the rifle pivoted over the hunter’s shoulder, hit on its muzzle, and the leverage was enough to snap the pistol grip. The third was cracked in its case when ramp apes drove a tug over it. The scope was demolished as well.

Wood gunstocks are pretty fragile through the pistol grip. The grip itself is small, wood is directional, and the forces that can be applied against it are considerable. Horses are death on stocks. You never, ever leave your rifle in the scabbard when you dismount, because it is at this precise moment that Old Thunderdent is going to develop an itch under his saddle blanket and is going to have a good roll to get rid of it. A half-ton of horse rolling on your stock will pretty well do for it.

British gunmakers were acutely aware of the broken-wrist (“wrist” being British for grip) problem, and had a variety of solutions. I’ve seen London guns with brass or copper sleeves around the grip, and the really elegant specimens have steel straps, often engraved, inletted in the grip’s top and bottom. There are American gun makers who will do this for you, but the price is fierce.

The modern way to reinforce a wood stock is to drill a hole up through the pistol grip, insert a steel rod, and epoxy it in place. Weatherby has been doing this for years and years on its Mark V Deluxe walnut stocks. Those stocks are not going to break.

Another approach is to make the stock of laminated wood, which is much stronger than the natural stuff. The best solution is to forget wood and go to fiberglass or Kevlar-graphite, which gives in to nothing. Melvin Forbes has had a number of his Kevlar/graphite NULA stocks run over by pickup trucks, and they had their paint scratched, but nothing else happened to them.

I love wood, I truly do, but it’s hard not to use the stuff that comes out of a lab.