As someone who dislikes maintaining gear and does so grudgingly, I love rubber boots. No oiling, no Sno sealing, you... 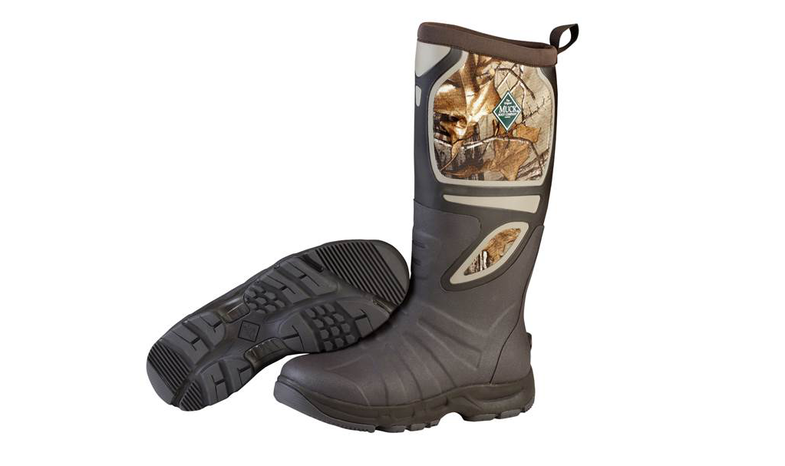 As someone who dislikes maintaining gear and does so grudgingly, I love rubber boots. No oiling, no Sno sealing, you just blast them with the garden hose when you come home and you’re good to go the next day. And, when it comes to rubber boots, I love Muck Boots most of all. Muck Boots have been around since 1999, and I have been wearing them that long. Before Muck Boots, there were just rubber boots. Mucks, with their neoprene bootie covered by a rubber lower, came along, and all of a sudden rubber boots weighed half of what they used to.

Being flatland born and bred, I am not worried about ankle support where I hunt and am more concerned with keeping my feet dry. As a poor aspiring writer many years ago, I would buy PVC barn boots for $10* at farm stores. I used them for almost all my hunting back then, which consisted mostly of pheasants with the occasional walk in the mud for snipe. When it came time to hunt deer, I switched to felt-lined Sorels.

Now that I can hunt in pretty much any boot I want, I wear Mucks 99% of the time. They are light, they are comfortable, they keep water out, and, the only care they require is water and no sunlight. They are more durable than you’d think, too. I still hunt in one of the first pairs I ever had. I use them for pheasant hunting with pants over the top to keep burrs and seeds out of my sock, and that protects the neoprene uppers to some extent, but still, these boots have a lot of miles on them. I’ve had to patch a couple of holes made by sticks in the rubber, but they still keep water out. Late season, and for field goose hunting, I wear the warmer Woody Max. Nothing keeps my feet warm except staying inside, but the Woody Max does as well as any boot can. If it gets really hot for late turkeys or early doves, or if I have to go somewhere to hunt where the terrain is rugged, I’ll wear a lower, lighter lace-up boot, but Mucks are my standby for almost everything.

This spring I wore the new Pursuit Shadow Pull Ons for turkey hunting and, like every other Muck Boot I’ve worn, they were comfortable. They are billed as a winter boot, but until it got very hot this spring I wore them with no discomfort. They have a fleece lining for insulation and spandura uppers that are tougher than the usual neoprene. The uppers are cut slim enough that I can tuck my slate call striker in and it won’t fall inside the boot.

They do list for $204.99, which is a lot more than the ten bucks I used to pay for barn boots, but they probably are twenty times better, too.

*Fellow writer Bill Bynum was even cheaper. He used to hunt in tennis shoes almost exclusively. The first time I met him he was all excited because the local Payless Shoe Source had his favorite cheap tennies on sale, and he had just bought ten pairs to hunt in.