Photograph courtesy of Michael Pereckas/Flickr Thanks to R. Peterson for this one. There are two ways you can keep a... 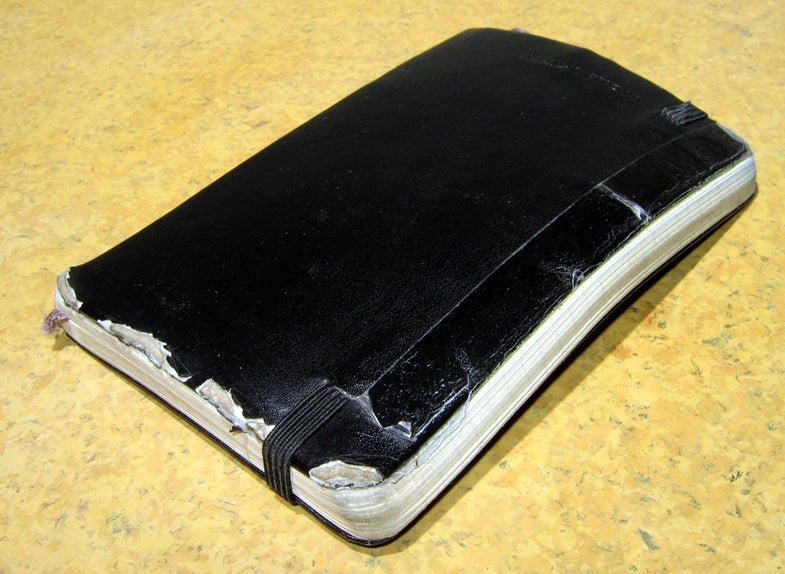 Thanks to R. Peterson for this one.

There are two ways you can keep a gun log. The first is the bare-bones method in which you include only the vital statistics. I have a hunch that very few people do this, even though it’s a lifesaver in the case of fire, theft, loss, or Acts of God.

The elements are:
Make, model name and number, caliber/gauge
Date purchased
Where purchased
How much you paid or, if a trade, what you swapped for it. (In the interest of marital harmony, you may want to encode this part.)

And, if it goes down the road:
To whom you sold it
When
How much you got for it (again, encode).

If you’re really smart, you take a picture of each gun and include that in the log.

Or you can do something much grander. The best gun log I’ve ever seen was kept by the late Finn Aagaard. Finn got an old-fashioned scrapbook and in it recorded not only the information above, but also every other bit of data for each firearm, complete with snapshots of hunts, targets, trophy animals, and, in some cases, before-and-after shots of significant alterations.

Among this info was:
Handloads and ammo that worked and didn’t work.
Number of shots fired for the lifetime of the barrel.
Alterations made to said firearm: trigger jobs, scopes mounted and dismounted, iron sights added, re-bedding, re-finishing. You’d be surprised how this stuff adds up.
Thumbnail histories of every hunt it went on.
Why it was purchased. You may get a giggle out of this years later.
How the rifle was currently sighted in and for which load.

All this involves a little work, but it proves invaluable over the years. If you dispose of the gun while you’re still breathing, the next owner may appreciate it. I’ve gotten phone calls and letters from people who bought old guns of mine, and I was able to answer their questions. If the firearms pass on to your kids, they’ll appreciate it.

Once in a while a gun log will provide something you didn’t originally intend. Among my longest-owned rifles is a 7mm Weatherby Magnum that I bought in 1971 at Paragon Sports, a New York City store that, at the time, sold not only gear for the jockstrap sports, but also hunting equipment and guns, as well.

It didn’t last. In the early 70s Paragon dropped guns altogether. I knew the owner, and asked why the change, and he said: “I love guns, and I’d like to keep selling them, but the City makes it so difficult that it’s just not worth the trouble. The money you make isn’t worth the time and the paperwork.”

The point being that gun control comes in many forms, and one of them is to drive dealers out of business by plain, good old-fashioned harassment. Or as Hillary would say, “common-sense gun laws.”