A friend who learned from his artillery officer-father to keep every gun spotless all the time, used to run the... 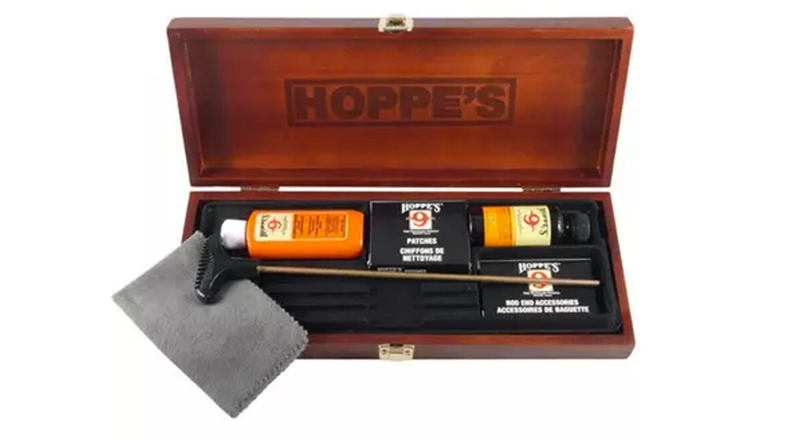 Most pump and semi-auto shotguns should get a thorough cleaning after e__very few hundred rounds__.. MidwayUSA
SHARE

A friend who learned from his artillery officer-father to keep every gun spotless all the time, used to run the parts of his 11-87 through the dishwasher after every hunt. He never had a lick of trouble with it.
On the other hand, a Beretta rep told me recently that one his customers had taken his A400 to Argentina four times and still hadn’t cleaned it, and the gun was working fine.

I don’t subscribe to “after every hunt” nor to “never” when it comes to gun cleaning, but to a happy medium in between.

Shotguns should be wiped down with an oily rag after every hunt at a minimum. If they don’t have chrome-lined bores, their barrels should be cleaned every time they are shot, too. I will confess to sometimes using a boresnake for that kind of stop-gap cleaning. Older Brownings are notorious for having chambers that rusted at the slightest provocation. Likewise, the matte finish on an 870 Express turns orange if they get the slightest bit damp, so I’d give either of those guns immediate attention after every outing.

If any gun gets wet, get it out of the case and wiped down immediately after getting home, especially if you use one of those non-breathable floating cases. And by “immediately” I mean as soon as you get home, not a few hours later. It’s surprising how quickly a gun can freckle up with rust when it’s in a non-breathable case.

Every few hundred rounds is about right for a thorough cleaning of most pumps and semi-autos, or definitely after a downpour, sandstorm, mudbath, etc. I relearned this lesson after letting one of our high school trap team kids shoot my 391 in a heavy rain this spring. I wiped the gun down, inside and out, adequately, I thought. It wouldn’t work next time I tried to shoot it, and just about every part inside that could rust, had rusted. Luckily, it all came off with some elbow grease and the gun worked fine.

Besides the usual suspects, I would add Flitz to any list of cleaners gun owners should keep on hand. It’s a non-abrasive polish that removes rust miraculously, especially when dabbed on a piece of very fine steel wool. The various gun scrubbers – or Liquid Wrench – are good for degunking filthy guns if you don’t want to take them all the way apart. Hold the gun over a thick stack of newspapers and blast the cleaner inside until it runs out clear. Do this outside. The stuff smells vile.

Don’t neglect your choke tubes or magazine tubes. Remove choke tubes, clean off the threads with a brush, clean the theads in the barrel, then re-grease the tube and put it back in. Otherwise you’ll be left with a fixed choke gun. Take the spring and follower out of your magazine every once in a while, and clean it. It’s surprising how much crud winds up in the tube. Occasionally, I pull the action spring out of my semiautos, but whenever I do, it’s kind of a pain and the springs are pretty clean, so I don’t do it often unless I know the gun has been in the water. Your mileage may vary on that one.

Don’t neglect your firing pins. A drop of CLP down the hole in the breech face usually keeps the pins snapping briskly as they should. With CLP, as well as any kind of oily lube, less is always more when it comes to oiling the gun after cleaning.