Four Outdoorsmen Who Could Do it All

Meditating on the magazine rack in Cabela’s I was struck by how much we’ve become a community of specialists. If... 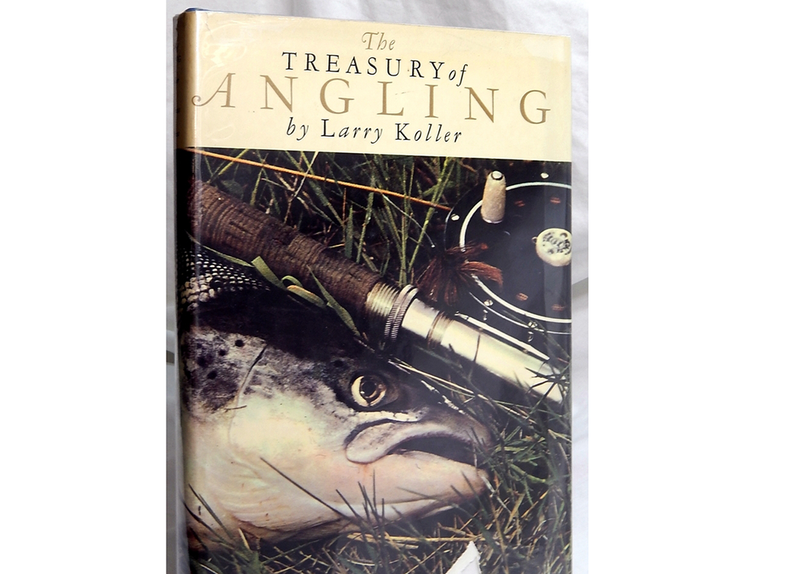 Meditating on the magazine rack in Cabela’s I was struck by how much we’ve become a community of specialists. If you were a black powder shooter fifty years ago, every now and then there was a piece on black powder in Gun Digest. Now there are monthly magazines for black powder shooters, in-line shooters, buckskinners, people who would like to be buckskinners but were frightened off by seeing The Revenant, people who would like to hunt in buckskins but would rather wear modern boots than moccasins, and so on.

Probably the highest calling to which an outdoorsman can aspire is that of someone who can do it all. I don’t qualify. I’ve done a fair amount of fishing, but I’m hardly a fisherman, and I’ve done a lot of shooting, but I’m really a rifleman. However, over the years I’ve met a few men who took on the whole outdoors and were experts at just about all of it. Here they are.

Larry Koller
Koller, who never made it to college, was an elegant writer, probably because he didn’t have a degree after his name. Although he hunted elsewhere, he did most of his shooting and fly fishing in the Adirondacks. Larry was not only a skillful gunsmith, but a masterful shot with rifle, handgun, and shotgun. He was equally good with a flyrod, and could build a lovely bamboo rod if the spirit moved him.

Larry cooked on the gourmet level, and was a Compleat Woodsman as well. He was one of the very few people I’ve known who could consistently outwit whitetail bucks, and he did it on the ground, stalking. He suffered from high blood pressure and he smoked. One August day in 1967, he donated blood and went home to take a nap from which he never woke up. He was 55 years old.
There was a kind of grace to the man, a sublime skill and ease in the outdoors which I have not seen very often. I knew him for only a couple of years, and that is one of the great regrets of my life.

Alexis Boris Dmitrieff
“Uncle Boris,” we called him, because he was the head counselor at the summer camp I attended, and that was the custom of the time. Name notwithstanding, Boris was American-born, a graduate of Columbia University, and an artillery officer in the Korean War whose job it was to fly over Chinese positions in a Piper Cub and call down fire on their heads while they shot at him.

Boris was a registered Maine Guide, a lethal fly fisherman, a fine rifle shot, the best canoeist I’ve ever seen, a terrific all-around athlete, and as strong as 4.3 oxen. I once watched him, standing waist-deep in a lake, casually lift overhead a 19-foot wood-and-canvas Old Town canoe that had soaked up half the lake. Dry, the canoe weighed about 90 pounds. Saturated, it must have gone well over 100, and is about as awkward an object as man has contrived, and he popped it up with no effort at all. We 15-year-olds gave a fair amount of crap to the other counselors, but we gave none to Alexis Boris Dmitrieff.

I watched him stand in the stern of his canoe and guide it through all 5 miles of the Chase Rapids (Class II) on the Allagash River. Try that sometime.

You name it, he could do it, and make it look easy.

Russ Carpenter
A protégé of Larry Koller’s, Russ was a full-time gunsmith who wrote on firearms and hunting, a fine all-around angler, an accomplished cook, a terrific all-around shot, a grouse and woodcock hunter without mercy, and a dreadful fiddle player. He took me on my first whitetail hunt and taught me a lot about what I now write about.

He could repair anything or fix anything. Hanging on the wall in his shop he kept an in-the-white Springfield ’03 barreled action that was heavily rusted. It was bedded in a semi-finished stock that looked like it had been hacked from the blank with a hatchet. Once in a while, Russ would have a customer whom he disliked come in and talk about building a rifle for him. Russ would point to the grotesque Springfield with great pride, and ask “How do you like that one?” with an absolutely straight face.

Russ used to test fishing tackle for Consumer Reports. To see how far a rod cast, he’d take it to a deserted stretch of beach, tie on a sinker, and see where the lead struck in the sand. One day, a man watched him from a dune and, after a while, said:

“Excuse me, mister, but I think you’d catch more fish if you make a quarter turn and cast to the water.”

Norm Strung
A native of Brooklyn by birth, Norm put himself on a train to Bozeman, Montana at age 17 and never looked back. He taught college English for a while but then turned to outdoor writing. Norm built his own cabin, caught or shot just about everything he and his wife Sil ate, heated their house with wood he sawed and cut, and refused to own anything he couldn’t make himself. I think the only things he bought were gasoline, ammunition, condiments, cigarettes (which killed him) and electricity. He was a 19th century man living in the 20th century.

He was also a reasonably good shot, a skillful waterfowl, elk, deer, and upland hunter, a fine trout fisherman, a salt-water fisherman who loved seafood more than Hillary Clinton loves money, and a highly disciplined and productive writer.

He and Sil were foster parents to all the waifs, strays, oddballs, goofballs, and aspiring writers within hundreds of miles. I used to call Sil the Mother Theresa of Cottonwood Canyon. She was even nice to me.