Back in the days when I was a range cadreman, I wore a green suit with gold chevrons that proclaimed, … Continued 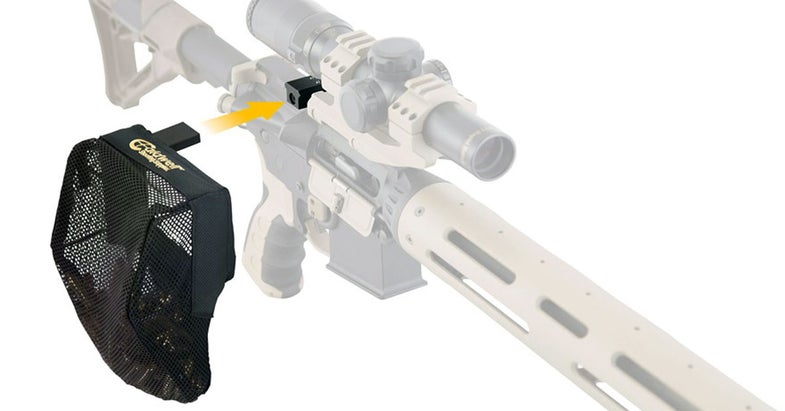 Back in the days when I was a range cadreman, I wore a green suit with gold chevrons that proclaimed, “Kill me first; I’m a noncom.” At the end of the day’s shooting, when the range was littered with cases, I could order, “All right, police your brass, I want to see a**holes and elbows,” and a company of sweaty trainees would waddle around like ducks picking and grabbing at M-14 cases until every bit of brass was gone.

No more. Those of us who are civilians have to watch their AR brass go flying down the firing line to the annoyed glares of the people who it hits when it’s still red hot, and then you have to crawl around picking it up yourself. One friend of mine solved the problem by cutting a cardboard box diagonally from top to bottom and setting it on the bench next to his rifle. It does a fine job, except that in a high wind it goes elsewhere. And if you’re left-handed like me and shoot off the right side of the bench, you have no place to put it.

The answer is the Caldwell AR-15 Brass Catcher, a device of such sublime ingenuity that it joins the steam calliope, the water board, the disc brake, the nuclear reactor, and the nose ring on the roster of Great Inventions of Mankind. In short, the thing works.

It consists of two parts. One is a small, attractive aluminum clamp that attaches to your Picatinny rail above the ejection port. The other is a zippered nylon net held to shape by a rigid metal frame. It attaches to the clamp via a bracket that slides back and forth on the frame and gives you all sorts of leeway in positioning the net directly in front of the ejection port.

When you shoot, the red-hot empty flies into the net, where it can sit until it is no longer red hot or until hell freezes over, one. No brass on the ground, no brass down people’s necks.

The AR-15 Brass Catcher works on both 5.56 and 7.62 shells; it holds 100 of the former and, I’d guess, 75 of the latter. The price for the Brass Catcher is around $40, depending on where you get it (Cabela’s and Midway carry it) and if you like, you can get extra clamps for $14.99 so you can switch it from rifle to rifle. Caldwell also makes a much simpler and less expensive brass catcher for about one-quarter the price, but this is the one you want.