Most gunwriters, and I should include myself, are as inclined to Deep Thought as Donald Trump. We go out and... 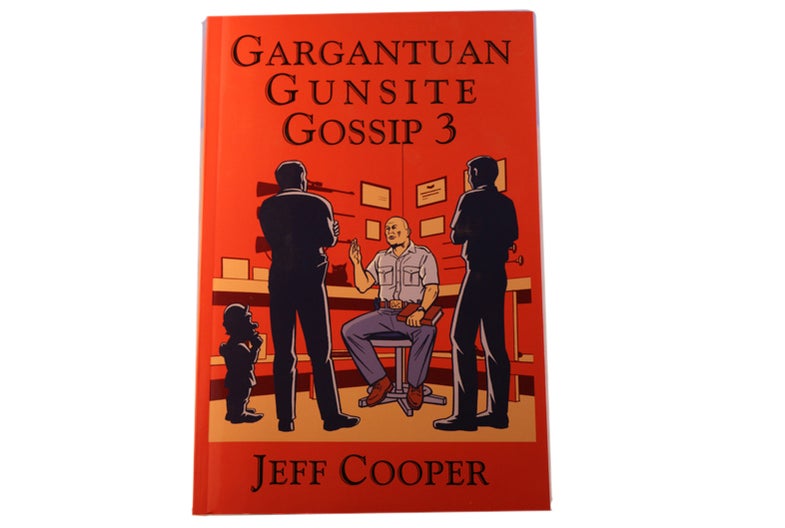 Most gunwriters, and I should include myself, are as inclined to Deep Thought as Donald Trump. We go out and shoot guns, or shoot animals with guns, and write about it, and if we do so entertainingly we make a living and are able to avoid actual work. Jeff Cooper was different. He had a very high IQ, and was not disinclined to use it, so he thought about things as systems, and codified entire subjects such as combat handgunning, and rifle marksmanship in the field, and made sense of them as a whole.

He also thought about the United States, and the military, and politics, and morality, and probably a half dozen other subjects which he filtered through his hyper-educated mind, and put it all down in a newsletter which he published for 26 years, starting in 1980 and ending with his death in 2006 at 85. These newsletters were collected and published in book form as Gargantuan Gunsite Gossip Volumes 1 and 2, and whilst visiting gunsmith John Blauvelt, I discovered there is now a Volume 3, covering the years 2001-2006.

It’s a 600-page book which Cooper himself says is not to be read straight though. It’s written in bits and pieces, so you can consume it in that manner. I started reading Cooper in the summer of 1957; it was a pair of books entitled Custom Rifles and Combat Handguns, the latter of which I got caught reading during study hall. (If I were caught reading a gun book in high school today, the school would be put on lockdown; the SWAT team would sent in; I would be arrested and remanded by the court for psychiatric counseling; and three students would sue the school district for violating their safe space. As it was I was allowed to keep the book but reminded that if I wanted to read gun books rather than study I would not get into Harvard.)

Cooper was politically incorrect, culturally diverse, iconoclastic, and immovably fixed in the America that existed before World War II. Indeed, the subtheme that runs through the 600 pages is that of a man who is out of his time. As Cooper himself says, “I think I’m too old to live in the twenty-first century.” Perhaps it’s fortunate that he passed away ten years ago and did not live to see what we are today. He had a long, adventuresome, and interesting life. He learned during his service in World War II that if you don’t write it down it didn’t happen. He wrote it down, and we can read it. Gargantuan Gunsite Gossip Volume 3 is $30; gunsitestore.com.