Two muzzleloaders square off in today’s fight. One is as traditional as a muzzleloader can be, the other is purely... 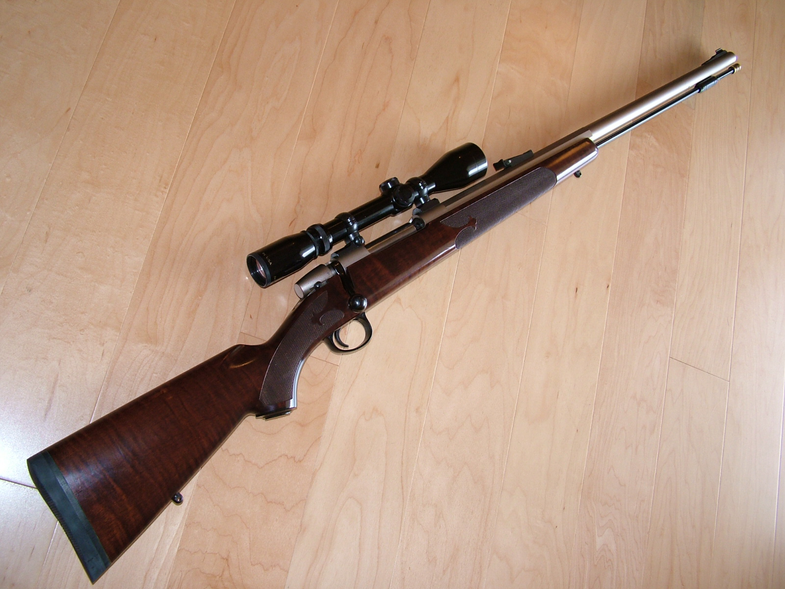 Two muzzleloaders square off in today’s fight. One is as traditional as a muzzleloader can be, the other is purely modern, and also a thing of beauty in its own way.

Flintlock ignition reigned for a couple of hundred years that included the French and Indian Wars, the Revolution, the early westward movement, Lewis and Clark’s Voyage of Discovery and much more, until the percussion cap replaced it around 1820. Due to its slow and sometimes unpredictable ignition, flintlocks are not easy rifles to shoot.

Inline rifles changed blackpowder hunting in the 80s, when Tony Knight made an old idea new and developed a reliable, easy-cleaning rifle he called the MK-85. Soon everyone was offering inlines, and the indisputably best-looking of them all were the Austin and Hallecks, made in Missouri and stocked in fancy wood. The rifles also featured adjustable triggers and shot as good as they looked. Austin and Halleck closed its doors in 2006. Longtime readers may remember Steve’s rifle from a fight back in 2013, but it seemed like a good gun to put up against the newly-arrived photo of Bill’s flintlock. 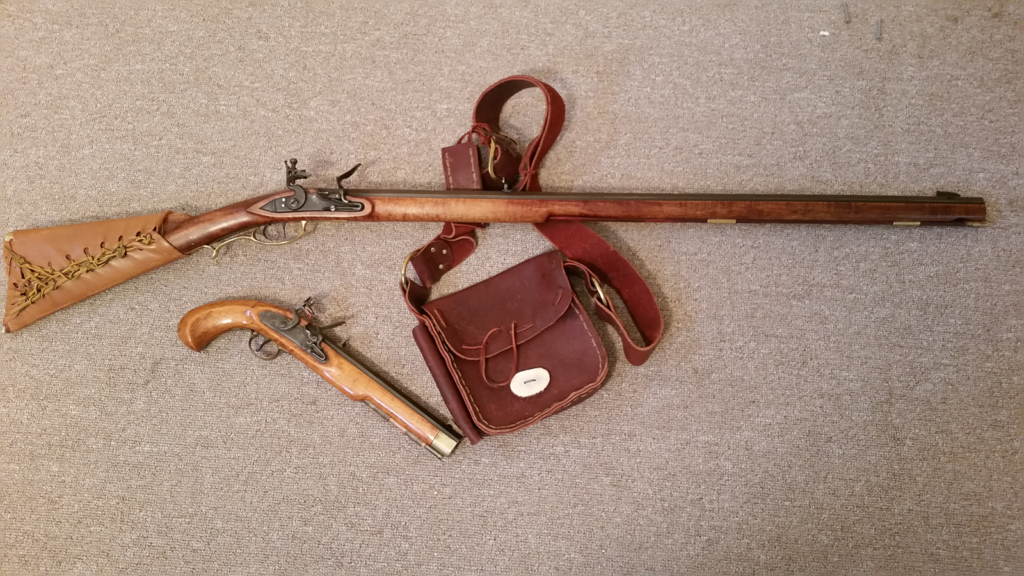 Traveling through central Pennsylvania on a business trip, I stopped in the Shippensburg/Chambersburg area about ten years ago at a unique gun store called “Fort Chambers.” It is a gun shop dedicated to selling black powder firearms and all the parts to make your own. It was run by a remarkable and very knowledge old gent who really knew his stuff. I wasn’t planning to buy, just get some information on how to maybe assemble my own. That’s until I held “Old Becky” (named after Daniel Boone’s wife) a Pennsylvania long rifle hand made in ‘Bama. It was love at first sight. As soon as I held her, I knew she would be mine and out came the plastic. Old Becky shoots pretty much dead on a 100 yards and 85 gr. 777 plus 20 gr. FFFF in the breech and the pan for a very fast ignition. When hot, she shoots 6 inches left. I still jump when she goes off, dropping the muzzle and missing the deer, but hunting with her is the most fun I’ve had with my clothes on. The pistol was a kit I assembled as a teenager, the possibiles bag is too small to hold anything realistic. I added them to the picture for ambiance. 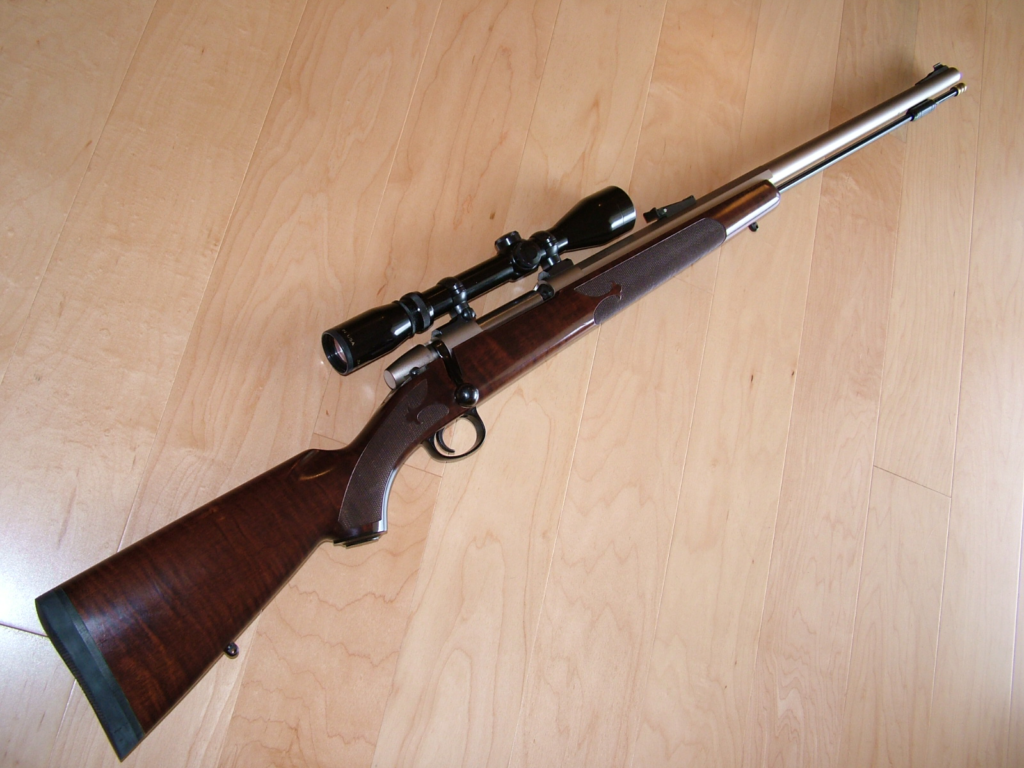 The Austin & Halleck 420 is probably the nicest looking muzzle-loader ever made. I loved the maple stock, the fleur-de-lis checkering, and the bolt-action feel of the rifle. That fact that it’s quite accurate doesn’t hurt either! I have a conversion unit to change it to a 209 primer system, but I find it functions well enough with percussion caps and Hodgdon Triple Seven and that combination leaves no crud ring in the barrel.
Flintlock or inline? Take your pick, vote and comment below, and keep the gun pictures coming to fsgunnuts@gmail.com.