A while back we had a varmint rifle “.222 Two-Fer” fight, named by reader suggestion. Today’s gun fight is a...

A while back we had a varmint rifle “.222 Two-Fer” fight, named by reader suggestion. Today’s gun fight is a “.223 Two-Fer,” which doesn’t have the same ring (blame me for the title), but it does pit two deadly varmint rifles against one another.

Both are chambered, obviously, for the .223, which is faster than the .222, almost as accurate, and it has become, thanks to the widespread popularity of the AR platform, once of the biggest-selling cartridges in America.

Here are the guns: 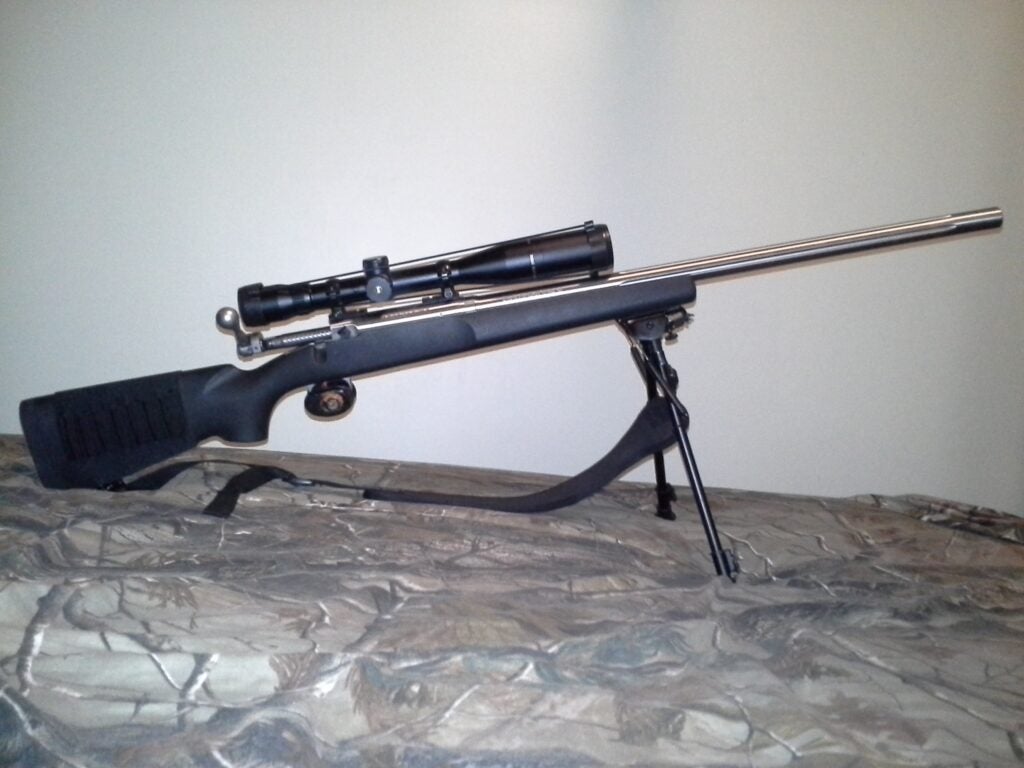 This is my Savage 12 LPV in .223 Rem. I bought it new at the Toronto Sportsmen Show a few years ago, and it has been sniping varmints ever since. It is a single shot, left-eject port and it has a Harris Bipod. Topped with a Bushnell Elite 6500, it groups 5 shot at 100 yards in 1/8 inch and routinely aces targets at 350 yards. It LOVES hand-loads but is still lethal with factory ammo as well. At over 12 pounds it is not good for long walks but will be a faithful companion on any bench or hill.

This is the result of my search for the ideal small-caliber rig, and it will serve well for varmints and coyotes. It’s a Model 700 Varmint SF (stainless fluted) in .223 with a Leupold VX2 6-18. An AR might have done as well or better in many situations, but I guess I’m kind of old-school. I’m pretty happy with it. At an $800 entry price, I was hoping for a little better fit and finish (especially recoil pad to stock), but it shoots well, has no recoil, and is just fun to shoot.

Joshua’s trigger lock, incidentally, hides the fact that his rifle has Savage’s AccuTrigger. That feature aside, this is pretty much a Ford vs Chevy type argument. Both rifles share the same caliber, synthetic stocks and stainless, fluted barrels. It comes down to whether you prefer the Remington or the Savage. Vote for your favorite and tell me why below, and please, please, please send me more gun pictures to fsgunnuts@gmail.com. I am getting a few new ones in, and combing the mailbox for good older ones, but Gun Fight Friday requires 104 gun pictures a year, and that’s a bunch.