Today’s gunfight puts two varmint rifles up against one another: a bolt action versus an AR. Perhaps I should know... 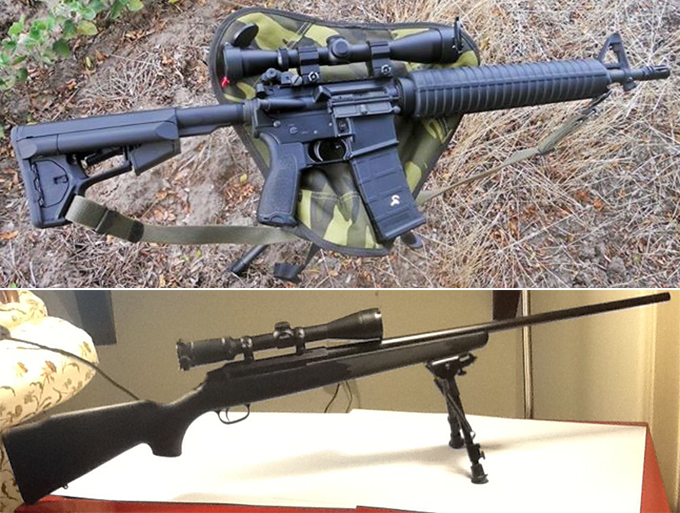 Today’s gunfight puts two varmint rifles up against one another: a bolt action versus an AR. Perhaps I should know better than to choose this pairing, as the AR platform receives very little love on Gunfight Fridays. I’m trying again anyway to see if readers have warmed to the AR yet.

Both of these varminters are chambered for the .223 Remington. You can argue all day long about whether the .223/5.56 is an appropriate round for military rifles, but there is not much question that it works very well on anything from prairie dogs to coyotes, and that’s what these two rifles are for.

Just prior to the AR-15 panic-buying frenzy of 2012, I ordered the parts to put together this rifle. It is a bit of an amalgamation, but it turned out perfect for coyote hunting, especially when multiple dogs come to the call. The upper is a Del-Ton Dissipator. The 16-inch heavy contour barrel and a 20-inch rifle-length gas system allow me to fire long strings of shots without heating the barrel excessively. The lower is from Grizzly Arms. I replaced the terrible Mil-Spec trigger with a competition version from JP Enterprises. It features a short reset, no take-up, and a 3-pound pull that enables the rifle to live up to its accuracy potential. The stock is a Magpul ACS, and the grip is a BCM Gunfighter Grip Mod 0. I feed it 5o-grain Nosler Ballistic Tips in Magpul PMAG magazines.

This is a Tikka Whitetail in .223 with detachable three- or five-round box magazines. The Tikka line gives you top quality engineering and parts of the Sako line of firearms in an everyday inexpensive working gun. Out of the box the bolt and action are as smooth as if you had just had a $1,000 action job done on them. The barrel is as true as a custom barrel—perhaps more so. I had a custom muzzle brake installed and topped the rifle with a Burris 3-9×40 Multi-Plex reticle. Out of the box it shot three-round groups at 150 meters from the bench you could cover with a nickel. I had it Cryo-Tempered and these groups dropped to the size of a dime. This is my bread-and-butter gun for anything from prairie dogs to wolves. On a side note, I also use this Tikka Whitetail to hunt moose here in Alaska. Yup, .223. I use a different Burris Multi-Plex scope that’s already zeroed for Black Hills .223 77-grain Sierra Match King-Hollow Point. Then, I wait for the broadside shot at 90 to 125 meters and put it right in the lower part of the ear opening and they drop like a rock!. There’s no damaged meat, no animal in pain. I’m three for three to date. Moose isn’t exactly “varmint,” although some in Alaska would argue that point when their summer gardens are trampled and devoured.

There are your choices: an AR for quick follow-ups at multiple coyotes coming to the call, or the Tikka for sniping everything, apparently, from prairie dogs to moose. Vote, comment below, and please send me more gun pictures to fsgunnuts@gmail.com.