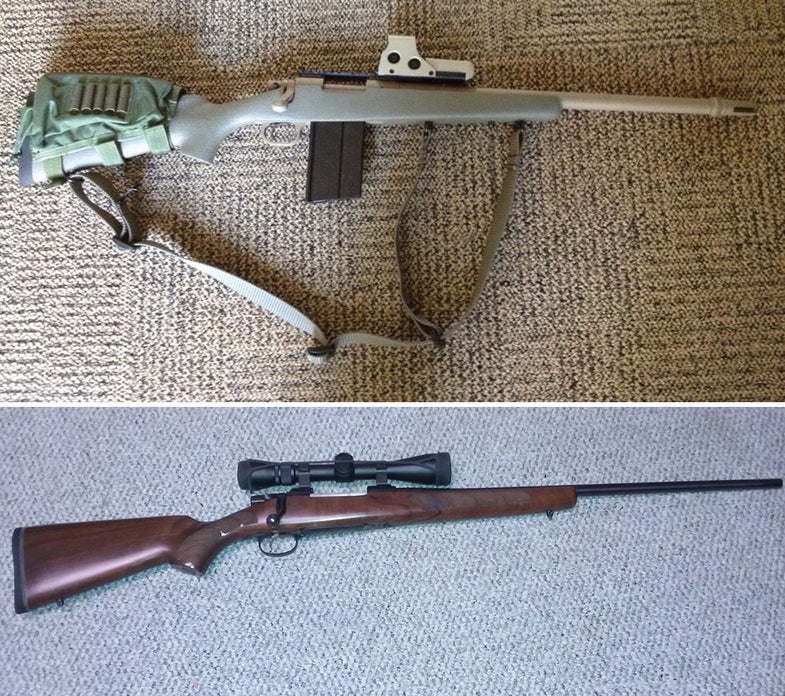 As a shotgun guy who has all of six (10, 12, 16, 20, 28 and .410) “calibers” to cover (why is there no 12.1 or 11.9 gauge to write about?), I envy rifle shooters and the seemingly endless number of cartridges you have as subjects for debate. Today’s gunfight is a perfect example: we’ve a .260 Remington against another .26 caliber, the 6.5×55 Swede. The .260 Remington was around as a .308-based wildcat for several years before Remington began producing it in 1997. The 6.5x55mm Swede is over 100 years older than the .260 and started out in 1894 as the Swedish service cartridge. The two cartridges produce eerily similar ballistics with lighter bullets, but the longer Swede shoots heavier bullets faster. The .260 can be shot in short-action rifles. Today’s rifles are quite a bit different: one is classically styled, as befits its 121 year old cartridge; the other is modern as can be.

This is my CZ 550 American in 6.5×55 Swedish Mauser. It has a Nikon Prostaff 3x9x40 scope on it. It has a single-set trigger, hinged floor plate, and steel trigger guard. It isn’t a lightweight, weighing around 9 pounds with the he scope. I bought it because I liked the caliber description in Cartridges of the World, and CZ was the only company chambering it at the time.

This Remington 700 put was together by Wane York of Oregunsmithing. It’s in .260 Rem. and has five- and 10-round box magazines, an EOTech, a ching sling, and an AAC flash suppressor.

There are your choices. Vote, comment below, and please keep the gun pictures coming to fsgunnuts@gmail.com.

Which rifle would you rather have?