Once again we’re honoring a reader request for today’s gun fight. Matt, owner of the .41 magnum in this fight,... 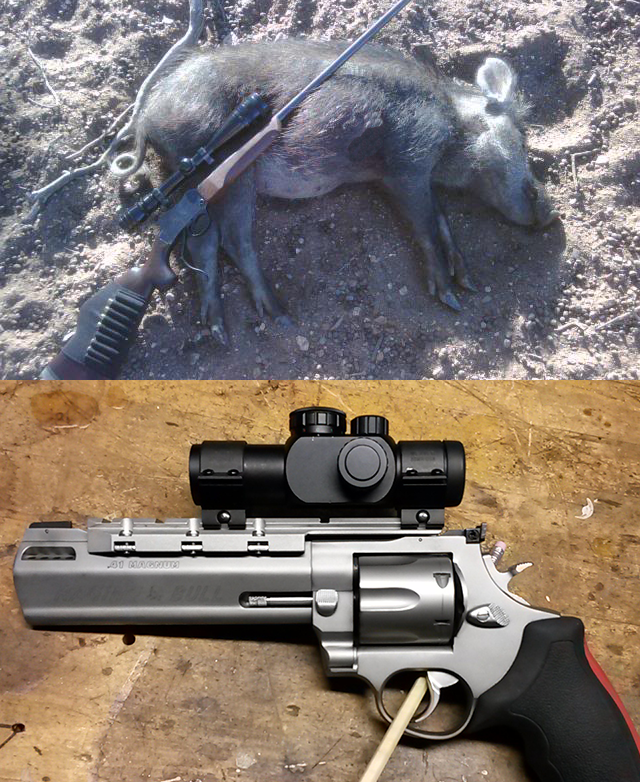 Once again we’re honoring a reader request for today’s gun fight. Matt, owner of the .41 magnum in this fight, asked for a matchup of “off-calibers.” The offest I could find in the inbox was the 5.6x50R which is popular in Germany — but then, so was David Hasselhoff. It’s not very well known here.

The 5.6x50R is used on animals as large as roe deer, which are not as big as our whitetails. It shoots 50- and 55-grain .22 caliber bullets at velocities over 3,000 fps. The .41 magnum was developed in 1964 as a round for hunting and law enforcement. It never really took off for either purpose, although it’s a favorite of handgun hunters who find the .357 to be too little and the.44 magnum a bit much.

This is my Martini Cadet in 5.6x50R. This rifle started life as one of many used for training Australian high-school cadets in the early 20th century. It has since been extensively modified of course, with a new stock and a Lothar Walther barrel, as well as a 4-12 Redfield scope. The caliber is a slightly longer, slightly hotter version of the .222 Mag, with a rim for easy extraction in the Martini action. It is very light, easy to carry, and shoots very accurately. I have taken varmints up to the size of half-grown feral pigs with it.

Here’s my 41 magnum Raging Bull with a 6.5 inch barrel. I bought this off Gunbroker two years ago from a man who moved to Montana and needed a .454 Casull. Foolish me let the Raging Bull sit in the safe for nine months before I got range time with it. This gun is a dream to shoot. It’s well balanced and has minimal recoil thanks to the porting. I may get another one and save it for after I shoot the barrel out on this one. I haven’t hunted with it yet, but can’t wait until this deer season. I hand load so I have made up some handloads with Barnes, Nosler and Hornady bullets. But it loves those factory 175-grain Winchester Silvertips, which are in extremely short supply here on Long Island and pricey to boot. Any way I’m an off-caliber guy. The .444 marlin and 16-gauge are two of my favorites, so if there is ever an off-caliber debate I hope this makes it to the webpage.

There are your “off” choices for the week. Vote and comment below, and please send more gun pictures to fsgunnuts@gmail.com. Gun Fight Friday depends on you.