Today’s battle pits two Brnos (pronounced “burno;” natives throw in a little roll to the “r”) against one another, and... 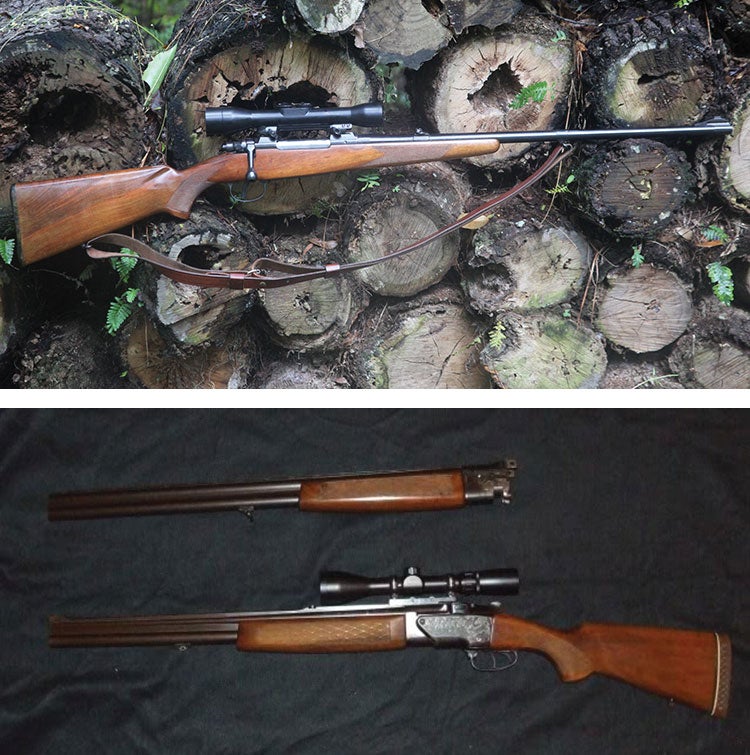 Today’s battle pits two Brnos (pronounced “burno;” natives throw in a little roll to the “r”) against one another, and they are two very cool and very different guns. Brno is the second-largest city in the Czech Republic, and the factory there made guns from 1918 to 2006. Today Brno rifles are still made in Brno, but they are now a subsidiary of CZ.

Here is a rifle not many in America are familiar with, a Brno ZKK 600. This one is a .270 Winchester. Brnos, including their wonderful 22’s, were and remain quite common in Africa as they are good quality and have always been reasonably priced there. The last Brno Model 1 22LR I saw was in a KwaZulu Natal Park wearing a fine silencer.

This rifle has an unusual East German Zeiss 4x rail scope with special quick-release attachment made just for the ZKK 600. This mount attaches to the double square-bridge receiver via the built-in dovetail and additional recoil shoulder cut in the bridge. This scope has a typical European 3 Post reticle. The rifle also came with the ZKK single set trigger, which works fine but is ugly. I much prefer their standard curved trigger. One final design detail worth noting: These 600 series rifles have the inside receiver ring collar as Paul Mauser designed it and not the cheapened version in almost all commercial FNs and all the Browning FNs. This collar is complete in these rifles except for the extractor cut. Almost all commercial Mausers have a cut opposite this to allow for cheaper manufacturer.

This is a Brno ZH300 series, with interchangeable barrel sets in 12-gauge and in 7x57R over 12-gauge. The 12/12 set is choked roughly Moderate/Full, and intended for field use, while the combination set has the benefit of both shotgun (for close or running game) and of course the reach of the rifle for those critters a bit further away. It has a 1.5-6x Sightron scope on the combo barrels, and I have even shot clays with this scope fitted (set on 1.5x). I’ve hunted everything from ducks to deer with it, too.

I know which one I’d pick, but I am, of course, highly biased. Let us know which one you prefer by voting and explaining yourself in the comments section below. And seriously, send me more gun pictures. I do my best to put up guns that have something to do with one another every week, but it’s getting harder and harder to find them. Keep Gunfight Friday running by sending me more pictures and a few lines about the gun to: fsgunnuts@gmail.com.