Today’s gunfight pits a couple of brush guns against one another, although one of them has been repurposed as a... 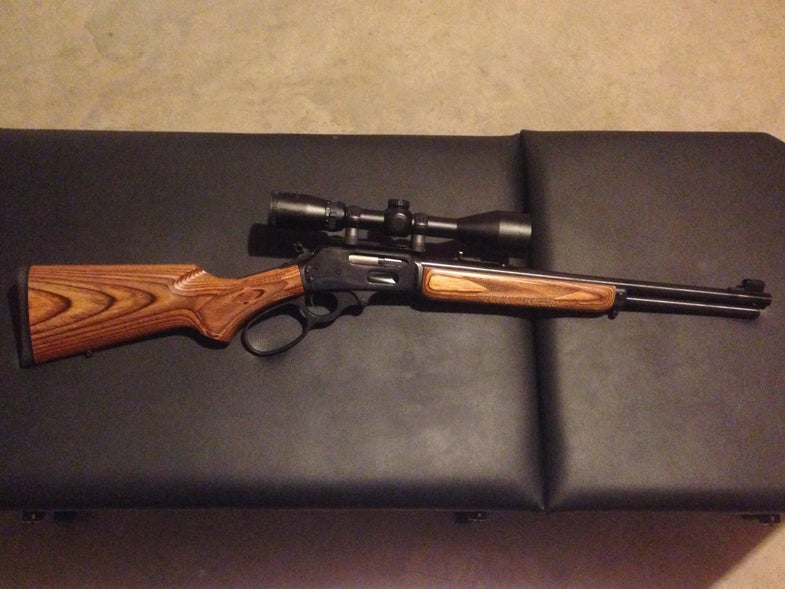 Today’s gunfight pits a couple of brush guns against one another, although one of them has been repurposed as a home-defense rifle. The venerable Marlin 336 has a great record on Gunfight Friday. Introduced in 1948 and still being made today, it is an enduringly popular rifle. In fact this week’s model looks brand new—at least judging by laminated stock. In the other corner we have Remington’s semiauto 7400, a more modern, gas-operated take on the brush gun introduced in 1981.

Zach’s Marlin 336
Here is my Marlin 336BL .30/30. The scope is a BSA Majestic DX 3.5-10×50. It’s nothing too special or fancy, but it gets the job done. It shoots deer and the occasional coyote, and Hornady 160-grain LEVERevolution rounds seem to group the best out of her.

Tim’s Remington 7400
This is the rifle that hangs on the side of my mattress. It’s a Remington 7400 carbine in .30/06. I changed the buttstock to a drop that lines up with iron sights and added Trijicon night sights sighted in at 100 yards. Anything out to that I consider point blank. I use 10-round magazines. There’s a small stack of them on my nightstand. I added a sling swivel to the forend. I know I’m going to hear about how many layers of sheetrock a .30/06 will penetrate, but I live on a golf course and it’s a long ways to the next house. And no I don’t play golf. I believe Jeff Cooper once said something about a golf course being a waste of a perfectly good rifle range, and I agree.

I assume Tim will have the good manners to yell, “Fore!” prior to shooting the 7400 at any intruders so nearby golfers will have time to duck. Anyway, there are your choices: a lever .30-30 vs. a .30/06 home-defense rifle that could still hold its own in the deer woods. Vote and comment below, and keep the gun pictures coming to fsgunnuts@gmail.com.