Other than, say, a puppy, a gun is about the best gift you can receive. The guns in today’s fight... 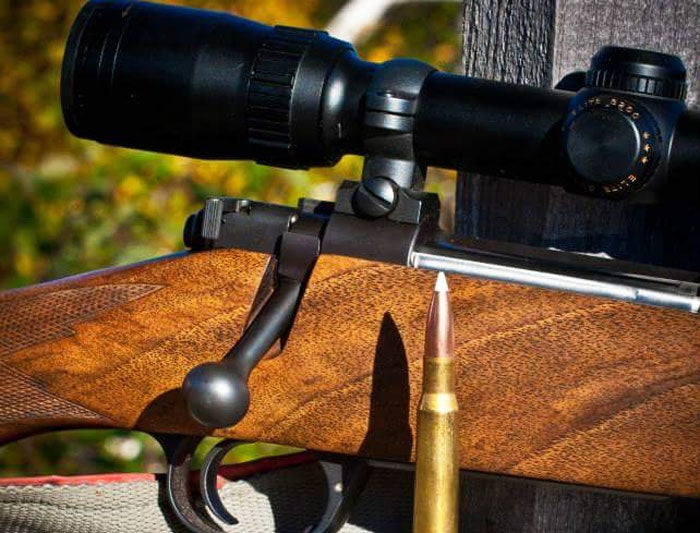 Other than, say, a puppy, a gun is about the best gift you can receive. The guns in today’s fight were both gifts, but neither is just an “any” gun. They are each in their own way quite special. One was a gift from father to son, the other from newlywed wife to husband. Both guns are well-known and don’t need much introduction, so, without ado, here they are.

This is a picture of my Winchester Model 94, chambered in .22 LR with a fixed 4x scope. My folks were stationed in Japan in the 1970s, and, at that time, Tokyo employed many skilled metal workers whose work was available at a fraction of the cost as that of their U.S. counterparts. When my mom got pregnant, my old man was so sure it was a boy, he decided to splurge and had the rifle engraved as a future gift to his son. Mom gave birth to a stillborn baby girl a few months later, and when the doctors told them that another child was unlikely, the rifle was put away, never to be used again. To everyone’s surprise, I was born a few years later and shot it for the first time when I was five years old. I can’t tell you how it groups or anything like that. But I can tell you that it means a lot to me, and, hopefully, it will mean a lot to my two-year-old son one day, too.

I’d like to share a few photos of my new best friend. My wife bought me this Kimber 84L Select Grade in .30-06 as a wedding gift. It’s been my go-to moose and whitetail gun since 2012. I originally mounted a Bushnell Elite 3200 2-7×32, which I had laying around, but have since added a Leupold VX-2 3-9×40 CDS, which I think compliments the elegant lines of the rifle perfectly. I just can’t stop fondling the darned thing in the field, it’s just so elegant, a true modern classic. The slim lines, sub seven-pound weight, buttery-smooth scaled down action, and fantastic trigger make__ it an absolute pleasure to spend time with. I have no idea how they got five rounds in that magazine, but I’m thankful they did. It’s also plenty accurate for my needs, grouping very consistently and right around MOA most days with a stout charge of IMR4350 and 180gr Accubonds.

I’ve gone through a number of big-game rifles in the past 15 years: a Remington 742; a woefully inaccurate Ruger M77 Mk2; a pretty, but far too delicate X-Bolt Medallion; a few Savages; and a Ruger No.1, which probably shouldn’t have been sold. I’ve struggled to find the one I will keep and hand down to my son. I’ve now found my “one gun.” I may have others along the way, but this one isn’t going anywhere. Sometime down the road, I’d like to have it re-barreled to .338-06, a cartridge I admire greatly, but beyond that it won’t be fiddled with.

We should all be so lucky as to receive such fine guns from a loved one. Vote and comment below, and keep the gun pictures coming to fsgunnuts@gmail.com