“Granddaddy’s Gun” is a country hit* and also the theme of today’s Gunfight. Guns that have been in the family... 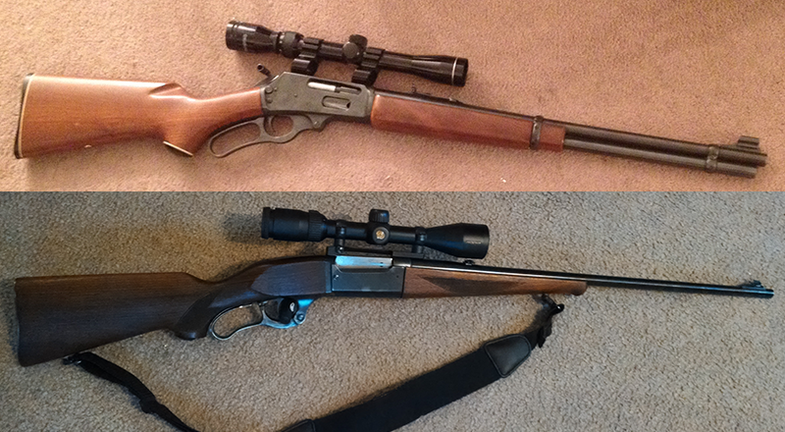 “Granddaddy’s Gun” is a country hit* and also the theme of today’s Gunfight. Guns that have been in the family always do well on Gunfight Friday, so today we’ll put two up two guns that belonged to their owner’s grandfathers and see what happens. Besides being heirlooms, both of these guns are familiar classics—exactly the kind of gun you would expect to see handed down across generations of deer hunters. One is a Savage 99, a gun that seems to be loved by some and disliked by others. Its opponent, on the other hand, the venerable Marlin 336, may be the most universally beloved gun in the short history of Gunfight Friday.

This, like all of my guns, used to belong to my grandpa. This one is a Marlin 336 in .30-30 Win with a 3-9×32 Tasco scope. It’s a little beat and banged up but this gun has taken its fair share of deer in the West Virginia woods. I’m not sure on the exact year, but I think it’s somewhere around a 1960 model.

This is my Savage 99 chambered in .300 Savage. This specimen sports the at-the-time groundbreaking rotary magazine. My grandpa carried this rifle for 50 years, killing countless deer. On his 81st birthday, with heart and health failing him, he shot his last deer. Because of his pacemaker, he couldn’t keep his rifle steady, and he filled that little doe full of holes. I was 10 at the time, and my dad told me to go help grandpa with his deer. Disgusted with himself, Grandpa handed his rifle to me and said, “This is yours now.” I took it out for nostalgia’s sake last year and killed my biggest buck ever with it. Grandpa’s rifle is still one heck of a gun.

There’s your matchup. You’ve got two classic lever actions in classic deer calibers and family connections to boot. Vote and comment below, and send your gun pictures to fsgunnuts@gmail.com. Gunfight Friday depends on you.
*For a song played on modern country radio “Granddaddy’s Gun” is…okay. Don’t get me started on the state of country music.