For today’s gunfight we have a pair of single-shot shotguns of the kind that have introduced so many shooters to... 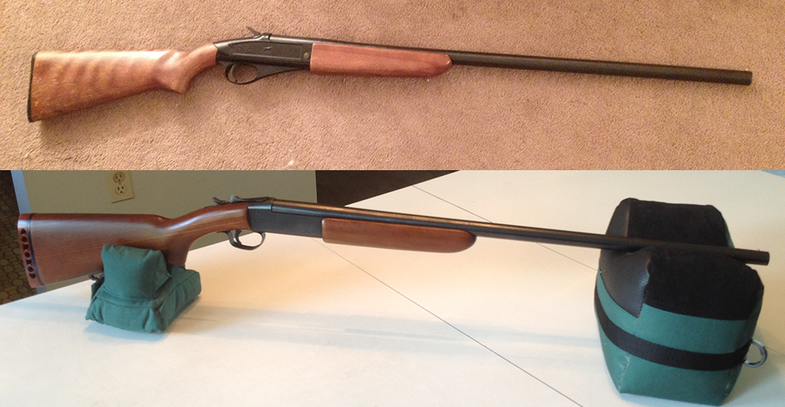 For today’s gunfight we have a pair of single-shot shotguns of the kind that have introduced so many shooters to shotgunning. One is a Sears Model 101.100, which was actually a Savage 96Y made for the Sears brand. The other is a Winchester Model 37, of which over a million were made between 1936 and 1963. Both were low-priced, exposed-hammer guns. Guns like these have been leaned up against the back door of farmhouses for years, and also passed down as first guns to many hunters, which is the case with the two guns that square off today.

This was originally my grandpa’s 1945 Sear & Roebuck Model 101.100. It was passed down to me after he passed away. It’s a 12 gauge with a 3-inch chamber and a fixed full choke. I’ve used this on everything from turkeys to doves to deer to squirrels and everything in between. Even though you only get one shot with it, this gun has never once let me down.

This was my first shotgun, a Winchester model 37 single shot in 20 guage. My dad bought it for me for my 13th birthday in 1960. Not only did I learn to hunt with it, but so did two younger brothers, two nephews, and both of my sons. It is still one of my favorite guns. I take it for a walk in the squirrel woods at least once a year. I know it’s nothing fancy or expensive, it’s just a blue-collar gun with a lot of good memories.

There’s your choice: a 20 gauge Winchester or a 12 gauge Sears/Savage. Take your pick, vote and comment below. Harold N also wrote: “I’d like to see more blue-collar, well-used guns in this blog.” If you agree, send them on in. We are not gun snobs here at Gunfight Friday. We like them all, so keep them coming to fsgunnuts@gmail.com.