Today’s gunfight would seemingly be what they call an “asymmetric” gunfight since these two rifles don’t seem to have much... 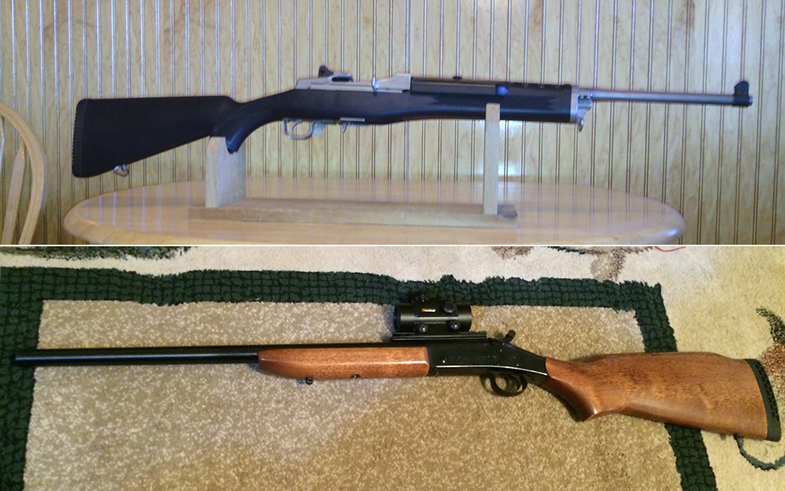 Today’s gunfight would seemingly be what they call an “asymmetric” gunfight since these two rifles don’t seem to have much in common other than, you know, triggers, barrels, rifling, that kind of thing. I thought these two slightly oddball guns deserved their moment in the gunfight spotlight and I was interested what their owners had to say about them. And, you don’t see too many .45-70s with red dot sights.

One is the ubiquitous Handi-Rifle, a firearm I know little about in its centerfire incarnation, but I can tell you the shotgun-slug versions deliver more accuracy per dollar spent than you get from any other slug gun. The rifles are very popular in Mississippi, which, via an extremely loose definition of the word “primitive,” allows them in primitive weapons seasons.

The other is the Ruger Ranch Rifle, this one being a Mini-6.8 SPC as opposed to a Mini-14 or Mini-Thirty. All three are, of course, patterned after the M1/M14 design. The 6.8 version was only made for a very short time. I admire First Bubba’s enthusiastic prose and so am leaving it completely unchanged (except for stamping out an incorrect apostrophe; I hate those).

Hey Phil!
Sorry I missed your call for pig guns! LOL! Here’s mine! Pig hunting in my area involves walking the downwind side of thickets. Once the unmistakable aroma of “PIG!” assaults your nostrils, you turn into the wind and stalk forward until the brush comes alive! Shots disappear as quickly as they appear. Short carbine. Iron sights. Semi-auto for quick follow-up shots. Hog slamming caliber! Got tired of dragging grampa’s hand-me-down Marlin 336RC .30-30 through those tickets! When Ruger came out with the 6.8mm Rem SPC, I grabbed this one. Unfortunately, Ruger quit chambering the Ranch in this caliber in 2012! It’s a “Pig Getter”! Hornady now manufactures an 85 grain .277 cal. bullet that makes the 6.8mm Rem SPC everything the .223/5.56 only wishes it could be!

Good day all. I love the Gunfight Friday columns and want to do my part in keeping it going.
Attached is a good entry for brush guns. It’s an NEF Handi-Rifle that is chambered in .45-70 with a red dot sight. It started off life as a .243 but for some reason, the barrel that came with it was marring and destroying brass. I sent off for the .45-70 barrel on a whim and have been really impressed. I live in Colorado and thought it would be “Handi” for timber elk hunting. I liked the .45-70 so much that I bought a Marlin and left this at a friend’s house for him to borrow. He shot an antelope out east with it along with a few coyotes and other pests. He did the same as me and got a Marlin .45-70 and gave this back to me. I’ll likely loan it to my nephew for an elk hunt next season and I’m actually thinking of hunting with it myself. It’s a good loaner gun at a minimum, and a really good under-200-yards hunting gun for anything. I might use it on bears this fall. I love shooting it and will definitely try to hunt with it this fall.

There are your choices. This is an apples-to-oranges gunfight for sure. Vote and comment below and keep the gun pictures coming to fsgunnuts@gmail.com.