Today’s fight pits two rifles against one another that don’t have much in common besides turnbolt actions and 7mm bores.... 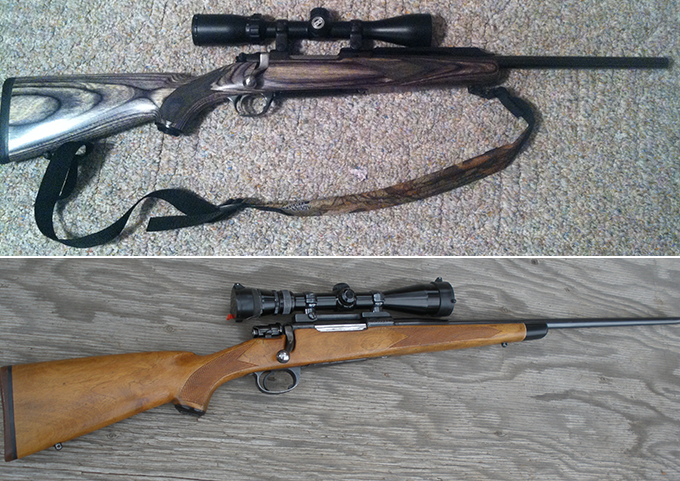 Today’s fight pits two rifles against one another that don’t have much in common besides turnbolt actions and 7mm bores. One is an elk rifle, the other a compact deer gun. The Interarms Mausers were made in then-Yugoslavia by Zastava and have often been used as the basis for custom rifles. The Ruger Frontier is based on the Ruger Compact, and it’s a short-barreled scout carbine with a scope base intended for an extended or standard eye-relief scope.

Both rifles fire 7mm bullets. The Ruger shoots the mild 7mm-08 while the Mauser is chambered for the roaring 7mm Remington Magnum. Here’s what their owners have to say:

This is a Ruger 77 Frontier in 7mm-08. A nearby gun shop runs a Ruger special about once a year and I picked up this gun for my kids to hunt with. My daughter might have used it twice. But I fell in love with the little gun along the way. I went 10 of 10 with it on the first ten deer I shot it at. The 7-08 is a mild, pleasant cartridge to shoot. The short, stiff 16-inch barrel is plenty accurate and handles well in a tree stand or for still hunting through brush, and it’s good truck gun, too. I reached for this gun over and over while it was supposed to be my kids’ gun and now it’s my go-to deer gun.

I carried my dad’s .30-06 for years before I got my first big-game rifle. It’s an Interarms Mark X that I found on the wall of a pawn shop with the stock in bare wood. I took it home to build an elk slayer in 7 mm Rem mag. I added a Redfield “Widefield” Tracker 3-9×40 scope from the same pawn shop. While I had it apart to refinish the stock, I glass-bedded the action and free-floated the thin -taper 24-inch barrel. Next I added a Timney trigger. Then I learned to handload so I could feed it. The accuracy is now confidence-inspiring. It has produced nine one-shot kills on elk.

There are your 7mm choices: a carbine for deer or a rifle for elk. Vote and comment below. Keep the gun pictures coming to fsgunnuts@gmail.com.