Today’s gunfight theme is cheap rifles. There is definitely a place for cheap rifles, whether it be behind the seat... 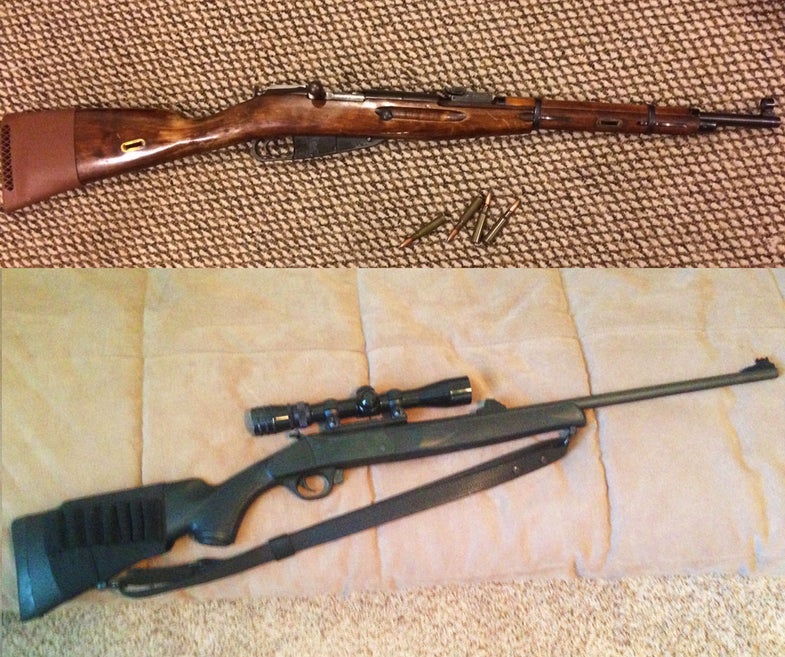 Today’s gunfight theme is cheap rifles. There is definitely a place for cheap rifles, whether it be behind the seat of a pickup or in the hands of someone who appreciates bang for the buck. Cartridge-wise, this is a .308 vs. 7.62x54R debate, and there is not a whole lot of difference between the two, except that the .308 was invented by the Good Guys, and the 7.62x54R was a product of the Evil Empire. Either one is a fine deer cartridge.

This is a Traditions Outfitter Rifle in .308 Win. It is a “tip up” single shot with a 2-7 Redfield Tracker Scope. Traditions no longer makes this handy little rifle, but I found it in the close-out rack at Bass Pro Shops. It shoots 1 ½-inch groups with Remington 150-grain Core-Lokt ammo. It is designed to switch barrels, but I just leave it as is. I paid less than $250 for it and use it as a spare camp and truck gun.

The first rifle I ever bought was this Mosin Nagant m38 carbine. Yes, that’s a rubber recoil pad. I am not too proud to spare my shoulder a constant battering from cruel Russian steel. Never mind that the safety is impractical and difficult to engage/disengage, or that the bolt is sticky stubborn, or that the trigger pull is a mile long, or that it will never shoot a hundred-yard group under 4 inches. Also, try not to think about the fact that its sole purpose was to destroy the enemies of communism. For quick shouldering and sight acquisition, it is a sweet little gun as long as your shot is 100 yards or less. Preferably much less. I made one of my most satisfying shots on game with this rifle on a running whitetail doe I jumped on the way to my stand. A 203-grain Barnaul soft point took her in the base of the neck and dropped her. This is a great, cheap rifle for sitting in a stand or blind in thick woods.

Vote and comment below, and please keep the gun pictures coming to fsgunnuts@gmail.com.