Two Model 70s face off today, one classic, one brand new, begging the question: Do they make them like they... 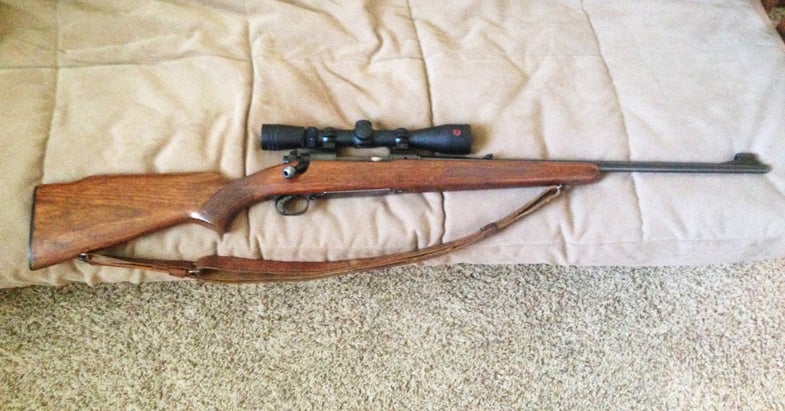 Two Model 70s face off today, one classic, one brand new, begging the question: Do they make them like they used to? Or, which are better, old classics or the best modern rifles? One of these Model 70s is pre-1964 vintage, back in the golden years before accountants and management decided to cut costs and, in the minds of many, ruin Winchesters. The other is brand new—so new it wasn’t even built in the now-closed New Haven plant, but down at the new FN facility in South Carolina.

This is a pre-64 Featherweight in .243 Win, passed on from my dad to me for my 16th Birthday. It has had other scopes, all Redfields, on it over the years. It currently wears a Revolution 3×9. Dad glass bedded this rifle. It drives tacks and the trigger breaks at 3.5 pounds. It has taken many mule deer and whitetails, as well as javelina and coyotes, over the years. Of all my rifles, it is hands down the most accurate, and it will always be my favorite.

This is a Winchester Model 70 Super Grade. I purchased it new in 2015, and it’s one of 160 made in a special run of 7mm Mauser Super Grades last year. This is the South Carolina FN, made in the USA model. Most of the newer ones now have “Assembled in Portugal” written on them, but this one does not. It was a special present to myself for my birthday this year, I have always wanted a Model 70, and when they did the Super Grade in 7X57 last year, I knew I had to have one. I had been a very good boy…

Only if we had all been as good as Dr. Ralph last year. Anyway, there you have it: two fine Winchesters, one more than 50 years old, the other still wet behind the ears. So, do you like the old rifle or the new one? Vote and comment below, and keep the gun pictures coming to fsgunnuts@gmail.com.