Today’s fight is between a pair of compact carry pistols. Both are chambered for the .380 ACP cartridge invented by... 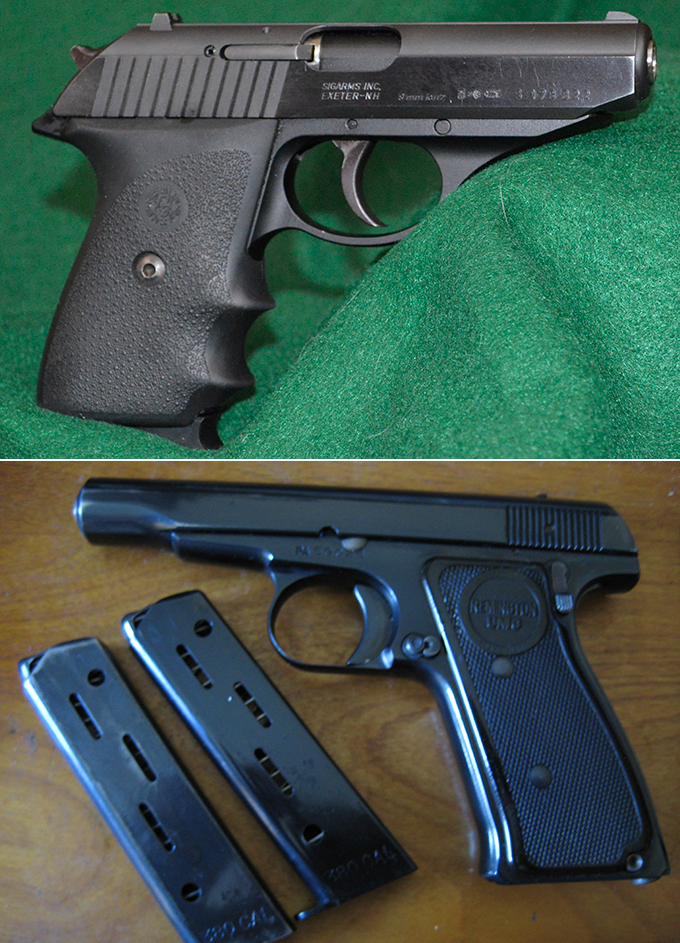 Today’s fight is between a pair of compact carry pistols. Both are chambered for the .380 ACP cartridge invented by John Browning, a lower-pressure round suitable for use in blowback designs. Many would call the .380 a mouse gun cartridge, and you can debate its suitability as a defensive round all you want even as you consider today’s two pistols.

The first is the Swiss/German SIG Sauer P230, submitted by Tim Flannery, who suggested it might appear in the gunfight category of “wives’ guns.” Made from 1977 to 1996, the P230 is a little larger than the Walther PPK but is still slender and easy to carry concealed.

The P230 goes up against the homegrown Remington Model 51, which was made from 1916 to 1927. Designed by John Pedersen, inventor of the Ithaca 37 and many other guns, the 51 used a “hesitation lock” action that allowed it to be built smaller and lighter than blowback actions. Pedersen designed to be “self aiming,” which was a 1916 term for “ergonomic” and “natural pointing.” The pistol was not a huge success in its day, although some would say it was ahead of its time. Remington certainly thought so, and recently introduced the R51, a Pedersen-inspired design that, unfortunately, has gotten off to a rocky start as early production guns had their share of bugs.

This is my wife’s carry gun, a Sig P230. The P230 has an integral front sight whereas the later model P232 has a pinned sight and firing pin safety. The P230 is very similar to the Walther PPK in that is has a fixed barrel, which provides improved accuracy. My wife is sensitive to recoil so the .380 ACP is an excellent cartridge for her. She uses Hornady Critical Defense. She also likes the Hogue grips.

The Remington 51 in .380 is an example of 1920’s personal protection pocket pistol. I have had this gun for almost 50 years and as a young man carried it regularly on a night job that took me to all kinds of places. The Model 51 was always close at hand. In all the time I have had it I think I have fired it six or eight times just to make sure it functioned okay. It does.

There are your choices: German engineering versus Yankee ingenuity, both in a caliber you may or may not approve of for a carry gun. Vote, comment below, and keep the gun pictures coming to fsgunnuts@gmail.com.