Two of you answered my request for rifles for a pronghorn edition of Gunfight Friday. Pronghorn rifles are often called... 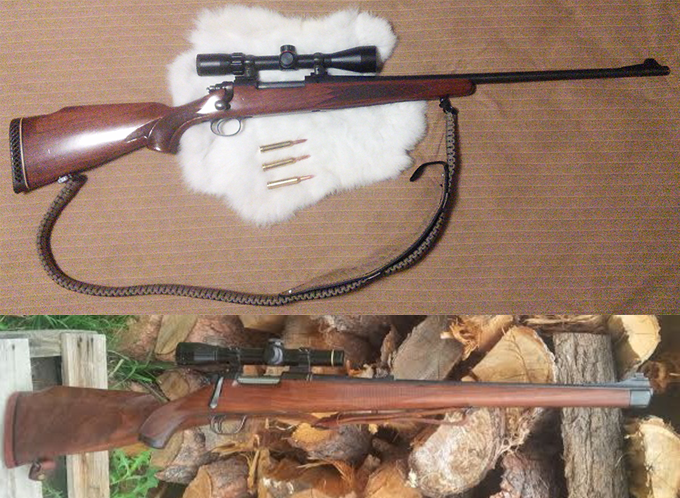 Two of you answered my request for rifles for a pronghorn edition of Gunfight Friday. Pronghorn rifles are often called upon by their owners to make long shots, as pronghorns live in wide-open country and have excellent eyesight, so flat trajectory and accuracy are typically among the hallmarks of an antelope rifle. We’ve got two Remingtons—a 700 in .264 Win. Mag. and a slightly less conventional choice, a Model 600 carbine in .308. The 700 needs no introduction, as it recently celebrated its 50th birthday, whereas the 600 was made for only a short time, from 1964 to 1968. Nevertheless, the 600 has its fans. In fact, we used a different 600 in a gunfight last month.

This is my Remington 700 chambered in .264 Win Mag. My dad purchased this rifle used when he was in college and later passed it on to me for my 19th birthday. I love the factory checkering and iron sights on this gun. It remains in great condition and stands out amongst the more standard calibers. I killed a Texas hog with this rifle in March and will be hunting Colorado pronghorn with it in October. It’s a flat shooting screamer and it drives tacks when in the right hands.

I saw that you’re looking for pictures of pronghorn rifles, so I thought I’d send photos of mine. Actually this is my pronghorn, deer, and elk rifle—and it gets a workout every year in Wyoming and South Dakota. It even made few trips into the mountains in Colorado when I lived there. It’s just a plain old Remington 600 with a little prettier stock and bolt handle in .308. It’s about all I’ve used for the past who-knows-how-many years, and any time I’ve had to eat tag soup it sure wasn’t the rifle’s fault. With a short factory barrel it’s probably closer to being a .300 Savage as far as velocity goes and it never really shoots better than 1 ½ inches but for some reason it still works.

There are your choices, one practically an antelope special the other, a generalist’s rifle that has gone everywhere with its owner. Vote and comment below.

I’d should add that I am running out of gun photos. If you want it to continue, I need more pictures, otherwise Gunfight Friday will become a once- or twice-a-month event. I need guns photographed in profile in sharp focus, and I need a few sentences about the gun. It can be any kind of gun: elk rifles, deer rifles, fiddler crab rifles (with apologies to Daffy Duck), or shotguns for ducks, clays, birds, turkeys, whatever. Or handguns. Gunfight Friday is yours to make of what you wish. Send pictures to fsgunnuts@gmail.com.