This week’s Gunfight pits a dandy pair of rimfire pistols against one another. Smith & Wesson’s Model 41 was designed... 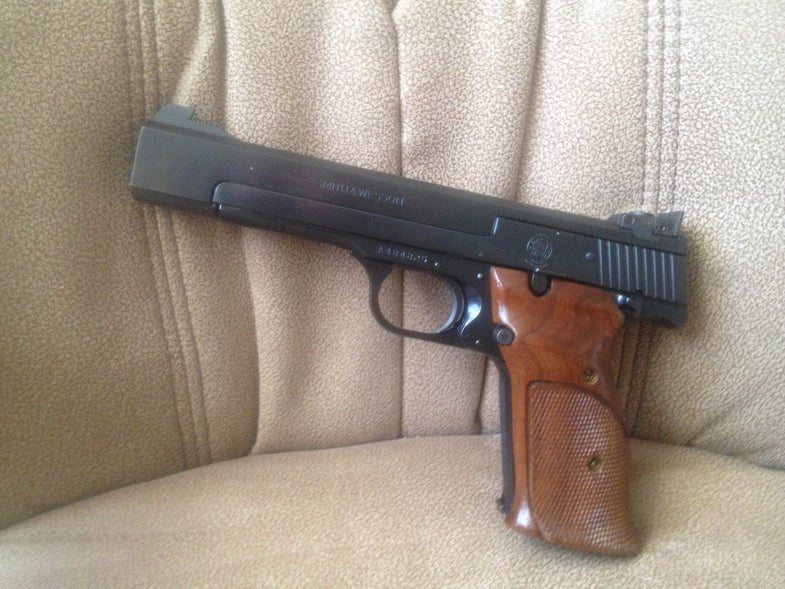 This week’s Gunfight pits a dandy pair of rimfire pistols against one another. Smith & Wesson’s Model 41 was designed right after WWII. The angle of its grip was intended to match that of the Model 1911 so it could be used as a trainer for the larger pistol as well as a target gun in its own right. S&W made it in several variations until 1991, dropped it from the line, then reintroduced it in 1994. It remains in the catalog today.

High Standard pistols were made in Camden, Conn., from 1932 to 1976, until the company moved to East Hartford. A company in Texas bought the patents and name in 1993. The Sharpshooter was their entry-level pistol.

Harold S’s Model 41
This is my second Smith & Wesson Model 41. I acquired the first many years ago when I was on the University of Wyoming pistol team. Unfortunately, just after I graduated I had a period of acute poverty and had to sell it. I’ve always wanted another one and found this one online. It came with the original box, extra magazine, and all of the cleaning tools. This is an early one that has the loaded-chamber indicator. Compared to any production pistol today, the workmanship is insanely good. Its accuracy with most ammo is better than this old boy can hold. I’ve shot many good .22 pistols in my day, but I think this one’s the best. 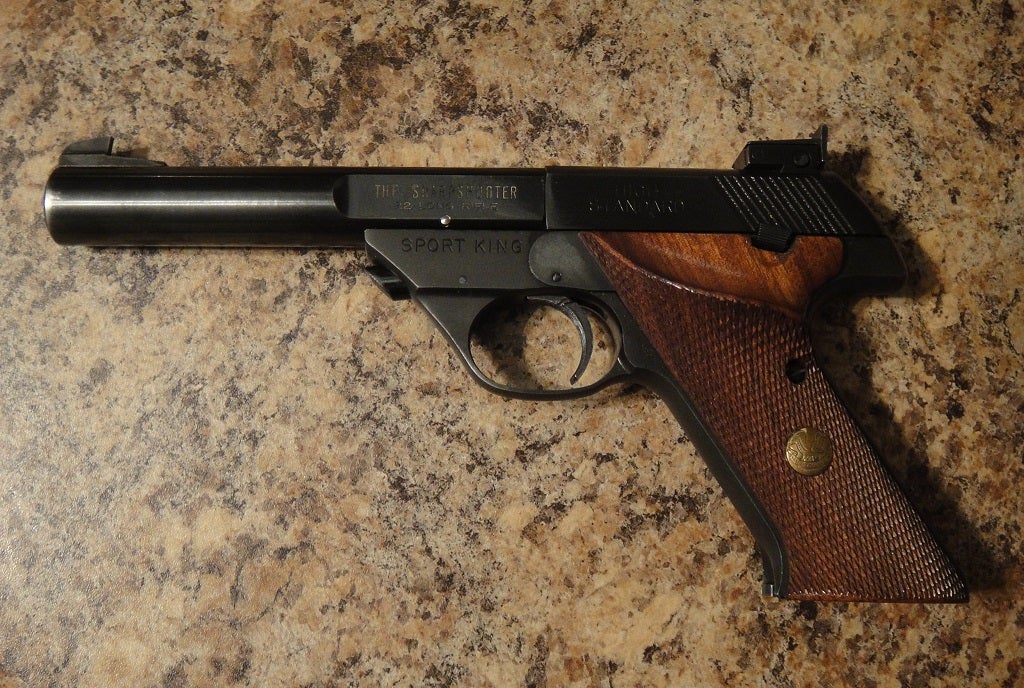 CD2’s High Standard
This is my plinker. It’s a High Standard Sharpshooter made in Hamden, Conn. It has a very nice trigger and shoots great, too. I got it cheap because it wasn’t running worth a darn for its owner. A buddy emailed me a link on tweaking the magazines. After I worked on all four magazines, the Sharpshooter runs flawlessly. The grip is a little too big for my daughters’ liking. All three prefer grandpa’s Colt Woodsman Match. Gun snobs, methinks they are.

You know the drill: vote and comment below, and please send me more gun pictures to fsgunnuts@gmail.com. Gunfight Friday depends on your contributions, and I am running low again.

Which pistol would you rather have?