This week we have another rimfire fight. It will, of course, be a war of words, not bullets, since .22... 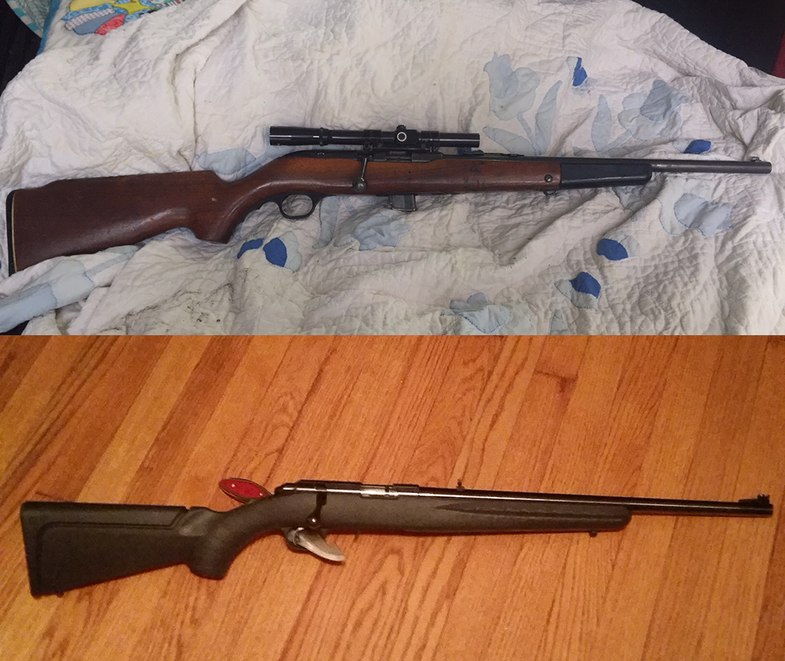 This week we have another rimfire fight. It will, of course, be a war of words, not bullets, since .22 LR ammo remains scarce. The contestants are both lower-priced bolt-action rimfires, one from the past and one from the present.

The Mossberg 342KA was made from 1958 through 1971 and, in the Mossberg tradition, it’s an inexpensive rifle with a couple of innovative features. One is the integral fold-down monopod at the front of the stock, the other is a magazine that adjusts to accommodate 22 short, long and long rifle cartridges.

Likewise, the new Ruger American rimfire offers features of note: a modular stock system that lets you switch to a longer stock or a monte carlo, and Ruger’s Marksman trigger, which seems to be Accu-trigger inspired. The American also accepts Ruger’s rotary magazine.

Here is my Farther-in-laws O.F. Mossberg and Sons Model 342KA chambered in .22 short through .22LR. It is topped with a rimfire scope of Japanese origin that is surprisingly accurate despite a murky view. My father-n-law recently passed and I do not know all of the history of this little bolt gun. I know he carried it as a youth, killing squirrels, ground hogs, and coons on the river bottom homestead here in northern Indiana. My nephew dialed it in and my mother-in-law has it stationed at the back door, pulling ground hog duty. She is from western Nebraska, so a large Indiana ground hog will be twice the target as the prairie dogs she grew up harassing.

I bought this Ruger American .22lr for my oldest boy on his 9th birthday. The reason I chose this gun [instead of a semiatuo] is that my oldest boy is a pretty decent shot and I wanted to instill the importance of slow, steady shooting to ensure good hits, not spray and pray. This gun is the slickest .22 bolt action I have ever shot, and It’s dead-on accurate. I left the iron sights so that my son would have the skills to become a good shooter as he gets older.

There’s your choice: old Mossberg or new Ruger. Vote and comment below and keep those gun pictures coming. Thanks to all of you who have been sending me gun pictures. These last couple of weeks have been great, submission-wise. Keep them coming, I’ll keep putting them up.