Today’s gunfight pits a pair of Rugers, both .22lr squirrel guns, against each another. One is a long gun, the... 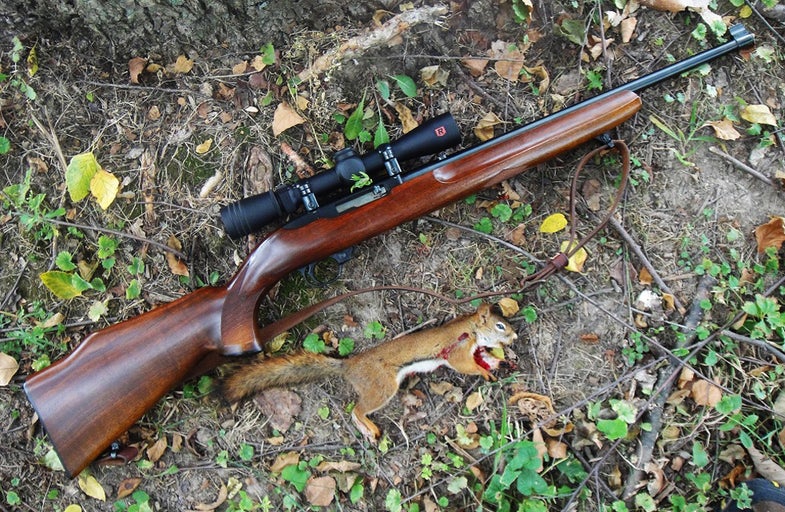 Today’s gunfight pits a pair of Rugers, both .22lr squirrel guns, against each another. One is a long gun, the other a handgun.

This is my Mark III hunter with a 7-inch fluted bull barrel. I bought it because of the beautiful deep-figured grips, which I replaced pretty quickly. I added a Bushnell TR-25 and the sanded base flush to the receiver. Squirrel hunting with this is a whole nother level of fun. When my wife or daughters shoot with me, this is the pistol they always want to use. There are a million modifications you could do to it, but I’m leaving this pretty much as is.

Not long ago, I bought this 1967 factory 10/22 Deluxe Sporter with a factory-checkered walnut stock. It had a peep sight, but my eyes are too far gone, so I added a Redfield scope. As the picture shows, the scope works fine. It also wears an old leather Bucheimer sling.

Rifle or pistol? Take your pick, vote and comment below, and please keep the gun pictures coming to fsgunnuts@gmail.com