Today we have a Ruger Gunsite Scout facing off against a Remington 700 Mountain Rifle. Despite names that suggest very... 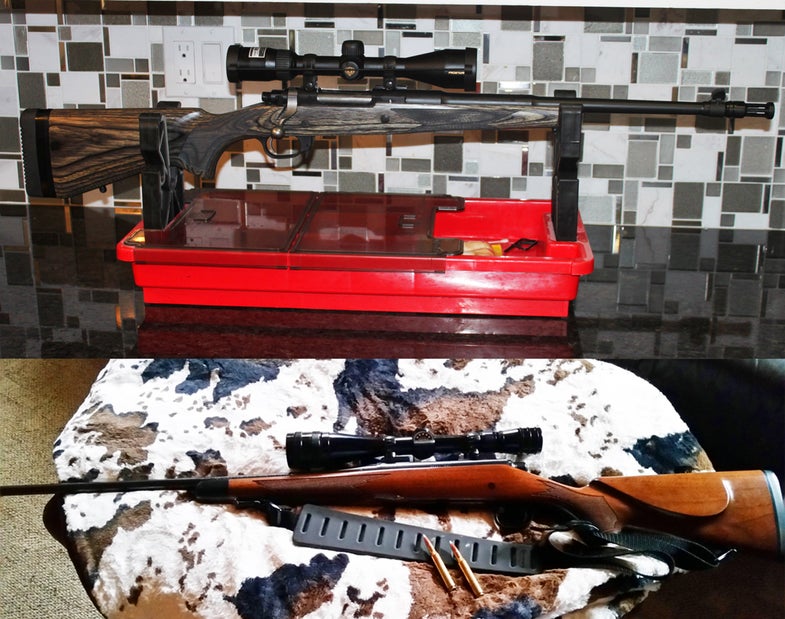 Today we have a Ruger Gunsite Scout facing off against a Remington 700 Mountain Rifle. Despite names that suggest very different purposes, the rifles have similarities. Both are, in theory, made for a rifleman who needs to cover plenty of country on foot. They are light, compact, and chambered for versatile cartridges: one in .270, the other in .308. And, as you’ll see, the owner of the scout rifle has actually made it less scout-like through his choice of optic, which makes the rifles further alike.

I had an opportunity to buy this gun seven years ago. It was about as pristine as any good gun I’ve seen. I don’t think it had seen the light of day much, either, as the seller told me: “I think I fired this gun maybe a dozen times or less.”

The .270 caliber is perfect for deer hunting here in upstate New York. I’ve kept the Redfield five star 4×12 scope on it and have had no problems. When I sighted it in, I found that the big-name ammo did not group in well. Then I tried Nosler Trophy Grade Accubond ammo, which made a heck of a difference. It groups well, flies straight, and hits really hard. To date, I’ve gone 15 for 15 on whitetails, with Nosler ammo, and they all have been one-shot kills.

I’ve had a lot of slings in my day, but all of them slipped off at inconvenient times, but the Claw sling, though not the prettiest, works the best. For deer, elk, and pigs in Texas, this Remington 700 will always be my go-to gun.

This is my Ruger Gunsite Scout in .308 Winchester. I purchased it specifically for hunting Texas pigs, because, at the time, we were moving from northern Virginia to central Texas, and my wife had put in a request for “free-range pork.” We selected the Gunsite Scout because it was short enough for my wife to shoot well, plus it came in .308 Winchester, and we’re proponents of “pop, drop” kill shots. We’re not into chasing an animal (getting too old for that), nor do we feel it’s the humane way to hunt.

We looked at AR platforms in .308, since my wife is an AR fan, and, to be honest, I can’t tell you exactly why we chose the Gunsite Scout over the AR. We just got caught up in the moment. We’ve discovered after the fact, however, that the Gunsite Scout has one big advantage over the AR: Even in Texas, as gun friendly a state as it is, a bolt gun is still more welcomed on a rancher’s land than an AR. Since I have very limited vision in my left eye, keeping the Gunsite Scout in the scout configuration made little sense, so I moved the scope to the traditional position. I mounted a 3x9x40 Nikon Prostaff to it, then we were good to go. It has a short enough length of pull that my wife can shoot it comfortably, and a big recoil pad, .308 Win accuracy and knockdown power, a detachable-box magazine in 5 and 10 round options, and that legendary M77 bolt action.

Vote and comment below. Total props to both of today’s entrants for their photos, which are everything a Gunfight Friday photo should be and a little more. The faux-cowhide rug, or whatever that is, sets the Mountain off nicely, and the gray and black kitchen tile evokes early black and white cubist art, or maybe the nautical “dazzle” camo of WWI and II. That said, your pictures don’t have to be arty. They just have to be clear and focused, and you have to send them to me at fsgunnuts@gmail.com if you want Gunfight Friday to continue.