Today’s gunfight pits a couple of bird guns against one another—a double versus an o/u. The Beretta Silver Snipe is... 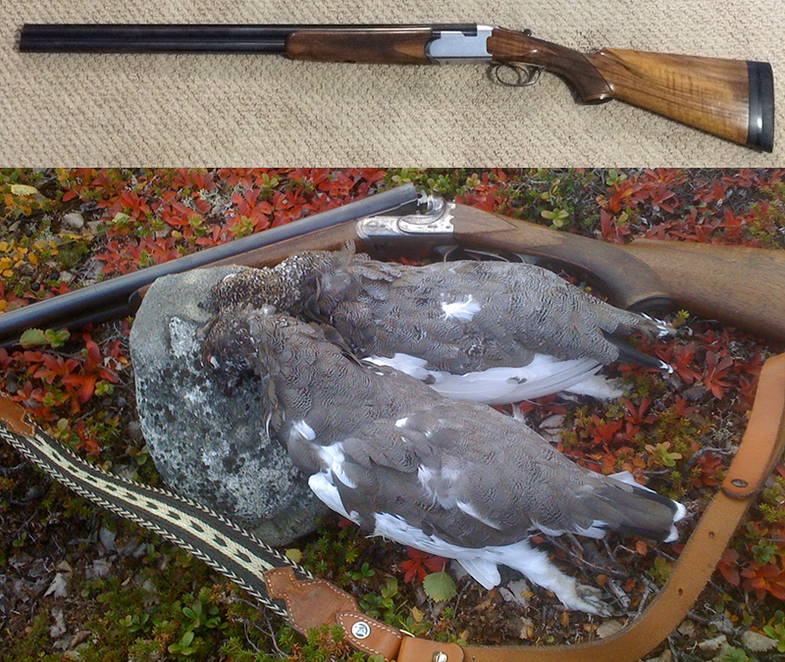 Today’s gunfight pits a couple of bird guns against one another—a double versus an o/u. The Beretta Silver Snipe is one of the forerunners of today’s globally popular Beretta 680 series. The Silver Snipe is neat gun in its own right, and a great shooter that you can often find for $600 or so. As for the Beissel & Winiecki double, I don’t know much. The firm traces its roots to 1850 and, from what I can gather, Beissel & Winiecki became “Wineicki” after World War I, so this gun must date to the early part of the 20th century.

You can also look at this as a matchup between the 12 and 16 gauge. The 12 wins on versatility, but as a purely upland gauge, the 16 is tough to beat when it’s built on a true 16-gauge frame. I would guess Chris’s gun is a true 16.

This is one of my two Beretta Silver Snipe over/under shotguns. Both are 12 gauge, with manufacture dates in the early 1960s. This one has 28-inch barrels and is a dream on pheasant hunts. It’s light enough to carry all day, but quick to the shoulder and it swings beautifully. It was my first o/u. I used it for South Dakota pheasants and for many rounds of skeet and sporting clays until I could upgrade to dedicated clay guns. I bought it from a buddy’s dad’s friend in 2005, who had bought it when he graduated med school, but it sat in his safe from the late ’80s. From my research, the Silver Snipe was only produced from the early ’50s and into the mid ’60s. They certainly aren’t the fanciest—especially for Berettas—but for a solid field gun available at very affordable prices, I don’t think the craftsmanship and quality can be beat.

Here’s my Beissel & Winiecki side-by-side 16 gauge. The barrels are stamped “Posen,” which is now Poznan in Poland. I have only ever seen another firearm from this maker and that was a double rifle. My 16 was originally chambered for 2 ½-inch shells, but the chambers have been lengthened to 2 ¾ inches. I used it on grouse in upstate New York, but now that I live in Norway it gets taken out for ptarmigan and black grouse. I love the 16 gauge. It’s light enough for a day of hiking the mountains and it points well, too.

By the way, if you were wondering, those are ptarmigan in the picture, and Chris says hunting in Norway is “generally pretty good, but a peculiar combination of the feudal and democratic.” Make your choice, vote and comment below, and keep the gun pictures coming to fsgunnuts@gmail.com.