This week’s Gunfight Friday pits two varmint rifles against one another in a .222 twofer. The .222 Remington, a varmint... 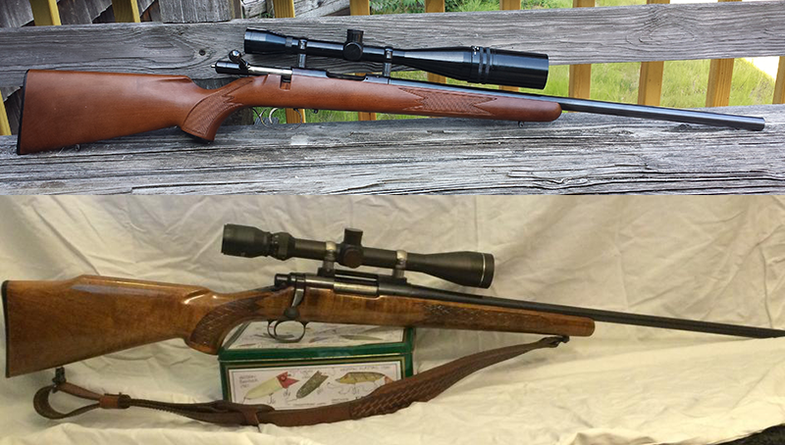 This week’s Gunfight Friday pits two varmint rifles against one another in a .222 twofer. The .222 Remington, a varmint and bench-rest cartridge dates to 1950. From its introduction up until the mid-70s, the .222 was the cartridge to beat in bench-rest competition. It’s slow compared to the hotter .22 centerfires like the .223 and .22-250, but it still has its fans—and we hear from two of them in today’s fight.

I will confess that this fight came to me practically gift-wrapped thanks to readers, and friends, Cam and Joel, who submitted the contestants—and even the cute name. “My friend and I decided to give you a match up fit for a varmint king,” Cam wrote to me. “Joel and I had the pleasure of knowing an older shooter named Mike, an accomplished marksmen and a handgun hunter. One of the few rifles he kept was a German Anschutz in .222 Remington. He spoke highly of the .222 saying that it was more accurate than he was. We were teenagers when Mike passed away in 2009, but his lessons and passion survive in the shooters that he helped mentor. Joel was lucky enough to buy the Anschutz from Mike’s son. I had to satisfy my urge for a .222 varmint rifle with something else.”

Many thanks to both of them for making my job easy this week. Here’s what they had to say:

Still known as “Mike’s Rifle” or just “The Anschutz,” this heavy-barreled .222 is scary accurate. I haven’t been able to find the date of manufacture, and it seems that only a few in this configuration were imported. It has a magazine like a Remington 788; in function the action is more like a micro Mauser but much smoother. The scope is a 4x-16x Nikon. Cam lives in Massachusetts and mostly uses Mike’s Rifle for punching paper from the bench.

This ADL is all I could ask for in a paper-punching varmint gun. The previous owner had used it to lobotomize a couple of feral hogs, but I think I’ll use my Enfield for that. This is an older model that had a trigger tuned to maybe 3 pounds. It has a sporter-weight barrel and is what I would call a walking rifle. The scope is a Tasco 4x-12x. The ADL is my preferred style from Remington, because the figure of the wood is far nicer than what I see on many BDL models today.

There’s your choice: a heavy-barreled Anschutz tack-driver or a sporter-weight Remington. Take your pick, or, if you think the .222 is a cruel ballistic joke foisted on the American shooting public and want to tout your own favorite varmint cartridge, do that. It’s up to you. This is your space to talk about guns. You know the drill: vote and comment below, and keep the gun pictures coming to fsgunnuts@gmail.com.