When I listed my three waterfowl hunting rules a week or so ago, one of you asked if I would... 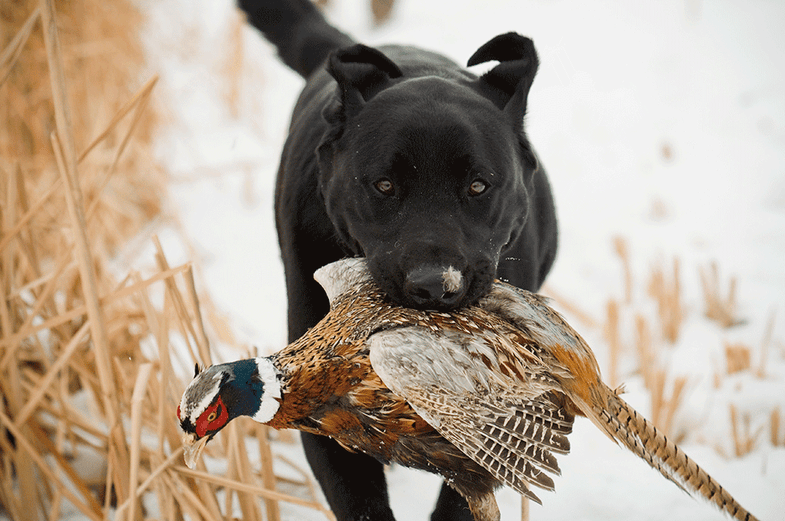 When I listed my three waterfowl hunting rules a week or so ago, one of you asked if I would list all my hunting rules. There are a bunch of rules I try to follow, although I don’t have them written down. What I can do is periodically write about one of them as it seems seasonally appropriate.

Unlike the natural born killers I have hunted with who just seem to know what to do, I need to make rules and follow them to have success in the field. Rules aren’t as good as sharp instincts, but they work often enough.

The first rule I’ll talk about did not originate with me, but it’s a rule I follow religiously: always believe the dog. They know. It’s not that dogs know where birds are because they’re smart. They’re not.* But, their noses tell them where birds are, and only an idiot argues with a dog’s nose.

It didn’t take me long to learn this lesson and turn it into a rule. When I first started hunting I remember seeing someone’s dog go tearing off in the “wrong” direction and come back with a bird in its mouth. That made an impression. So did the time my old shorthair Sam pointed a rooster, which I shot. After retrieving it Sam ran a fifteen or twenty yards and pointed again. I assumed he was pointing a hot spot where the bird had been sitting. I probably even told him that’s what he was doing. So, of course, a rooster blew up out from under Sam’s nose and flew away while my gun was still broken open.

Since then I have always believed the dog, even if it makes me look silly. My favorite episode of this starred my setter, Ike. Even by dog standards, Ike was pretty dumb, but he had a good nose. I’ve written about it before, but it’s one of my favorite Ike stories. M.D. Johnson, who contributes to this site, asked me to take his father and a friend of his for a morning of pheasant hunting. I took them to a place that was normally full of birds and, despite having Ike and two Labs on the job, we found exactly none. After a while we stopped, unloaded our guns, and took a break. We sat long enough for M.D.’s dad to have a smoke, and for us to eat a snack.

Ike, unlike my other dogs, was always happy to flop on the ground and sleep if I took a break. After we’d sat for several minutes, Ike lifted his head sleepily and sniffed. He got up, walked about ten yards and went on point. I shrugged. “Always believe the dog,” I said, almost apologetically. I picked up my gun, loaded it and walked toward Ike. M.D.’s dad and his friend looked at me like I was crazy. M.D., who is a natural born killer, slipped shells into his gun just in case.

And of course, a fat rooster flushed out from under Ike’s nose and I shot it, and at the report of my shot, a second rooster flushed, which M.D. shot.

Those were the only pheasants we saw that day. And if we hadn’t believed the dog we never would have shot either one.