It’s a paradox: The less you care about killing birds, the better you get at it. At least, that’s true... 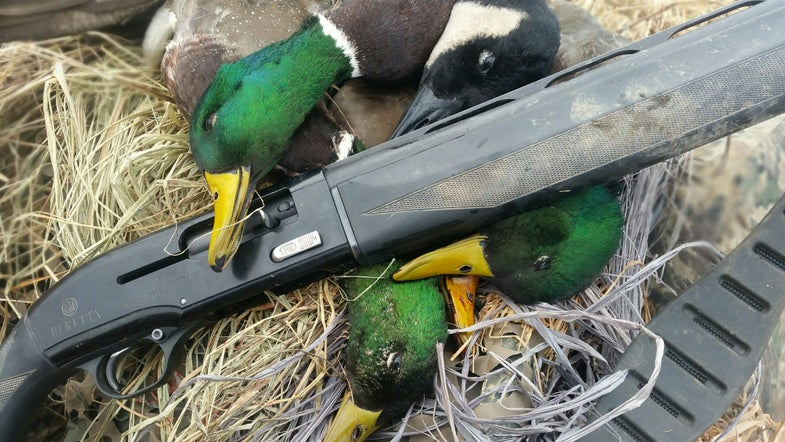 It’s a paradox: The less you care about killing birds, the better you get at it.

At least, that’s true for me. With the kids out of the house, it’s just me and my wife at home, we don’t need that much game anymore. We eat it a few times a week, and we like it, but it doesn’t take much to feed us. It’ s not that I’m “not mad at ‘em anymore” as they say. I was never mad at them, I just really, really wanted to put them in my freezer and as a result, I got pretty excited when birds were close.

No longer. I hunt enough that I know we’ll have plenty of birds at the end of the season. As a result, I am a lot calmer now than I used to be in the heat of the moment. If one gets away, that’s okay. There will be more. That attitude makes me a lot calmer and more patient when ducks and geese are working. That hasn’t always been the case. It was only a few seasons ago that I got so wound up I forgot to call the shot when a big flock of geese came into the decoys.

“Why didn’t you guys shoot?” I asked, exasperated, after the birds got tired of hanging ten yards over our heads and slid off.

“You didn’t call the shot,” my partners said.

Essentially, I choked. Sports psychologists talk about this phenomenon when they help athletes cope with pressure. Golfers miss two-foot putts and basketball players miss free throws in competition because they think too much about what will happen if they make it or miss it and not enough about what they are doing. The answer, the sports psychologists tell us, is to learn to keep your thinking “performance oriented” (what you have to do) rather than “outcome oriented” (what you hope will happen). It seems to be just as true in hunting. Now that I am no longer torn up by anxiety about bringing game home, I bring more game home.

Take yesterday, and the pair of geese that came to my decoys. As usually happens with geese, I heard them before I saw them. I could tell they were fairly low, and when I saw them they were cupped and losing altitude. They swung behind me, circled out front, and had their feet down beyond the far end of my water spread.

Old Me would have been up and shooting and, quite possibly missing or making a bad shot at that range because I was afraid they would either land out of range or dip and keep going. New Me thought, “That’s a little far. Maybe they’ll come around again.” I was rewarded with both birds coming back around low and directly over the blind. I shot one (there’s a lot of meat on a goose for two people and I already had four fat mallards) and let the other go. Maybe I’ll catch it later.