From time to time I’ve dwelt on the wondrous combination of futility and dishonesty that is the New York State... 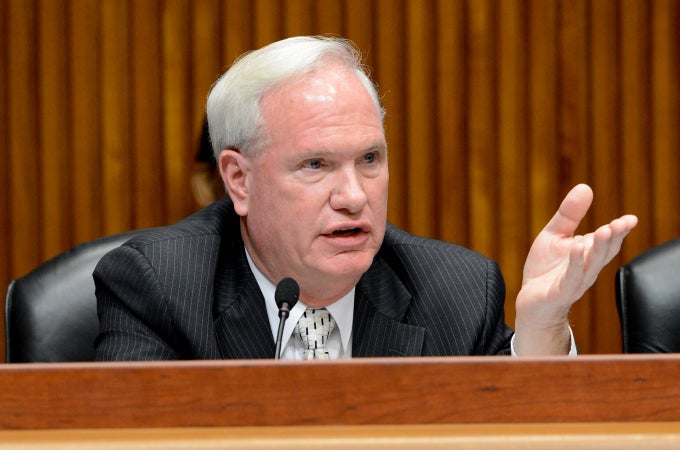 From time to time I’ve dwelt on the wondrous combination of futility and dishonesty that is the New York State Assembly, they who delivered unto us the SAFE Act. Now John Blauvelt, gunsmith nonpareil and like myself a refugee from the Kingdom of Andrew the Shady*, sent me a news item that reminds me just what a marvel these guys are.

State Senator Tony Avella (D) got the State Senate to pass a bill including the machete within the definition of a deadly weapon, and makes criminal possession of one worth up to a year in prison, where one can meet many alumni of the New York State Assembly**. This has its upside. In 2015 an electrician charged with possession of what the NYPD called a gravity knife sued, and won a $57,000 settlement when the court found that it was a utility knife used to strip the insulation off wiring.

I sometimes carry a machete in my car, and use it for brushing out target backstops, which become overgrown as the summer progresses. I thought about leaving it at home when I travel to New York, but decided not to. I would like to collect $57,000. I would use it to buy Powerful Assault Rifles with 20-round magazines, and since I no longer live under the SAFE Act I would not have to report them to the New York State Police. Not that anyone else does, either.

Hillary Clinton has been screeching of late about suing gun manufacturers whose products were used in the Sandy Hook shootings, claiming that the firearms industry is the only one that is totally protected from legal liability. Mrs. Clinton is, of course, full of it; the gun biz has certain types of protection, but not others.

Hillary will say anything that she thinks will get her elected, but there is another reason why she’s blowing smoke. If you make it possible for a manufacturer of guns, to be sued for the way in which a consumer uses their product, you open the floodgates. Let’s suppose that I buy a car and plow it into a crowd of people. Since the precedent has been established, the victims struck by my 4,000-pound, 60 mph projectile can sue the company that made it. Automobile manufacturers have far more money than gun makers anyway.

This will cause a string of very costly lawsuits. Ford, General Motors, Chrysler, et al, will be very unhappy. Goldman, Sachs, which trades in their stock, will also be unhappy. Hillary does not want major corporations to be unhappy, especially with her. That’s Bernie Sanders’ job.

*There’s no evidence that Andrew Cuomo is personally dishonest. At least none that has come to light. He must, however, have a high tolerance for criminal behavior. Doing business with the New York State Assembly sounds like lunch with the Karpis-Barker Gang.

**I was curious if the New York State Assembly actually is as dishonest as I have been saying, so I turned to Google, and found that it’s only the second most crooked among the 50 states. Between 2010 and 2015 seventeen members of this august body have been convicted of crimes. Pennsylvania was first with 18. I have high hopes that the Empire State will show what it’s made of and take No. 1 very soon.