As the grotesquerie of the Olympics fades and is replaced by the onrushing Nightmare of Hillary, it’s time to distract... 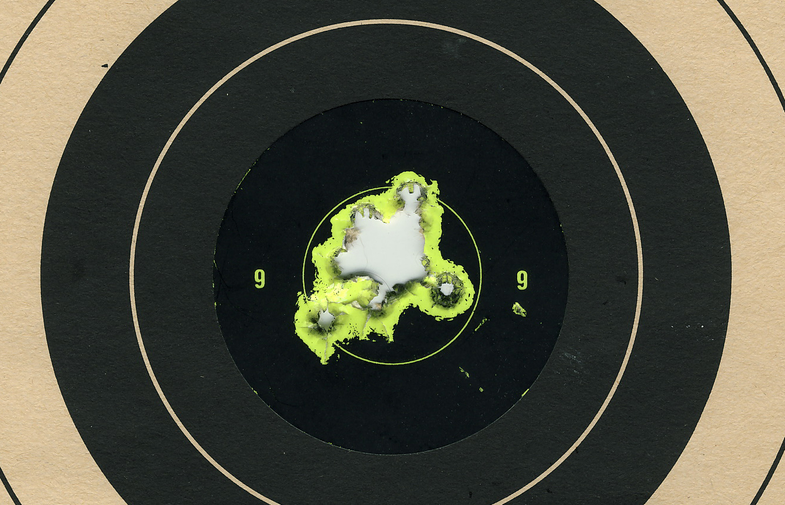 One group is meaningless. The real test of accuracy is if the rifle will shoot good groups consistently.. Wikimedia Commons
SHARE

As the grotesquerie of the Olympics fades and is replaced by the onrushing Nightmare of Hillary, it’s time to distract ourselves with something less apocalyptic. Shooting, and accuracy. A deer-hunting friend of mine recently showed me a photo he took of a three-shot .270 group which, he claimed, measured .231. It was fired by an early 1950s Model 70 with a new scope on it, and had been fed Berger VLD bullets. The group didn’t look to be .231, which is truly tiny, but it was indeed very, very small, and remarkable shooting.

The trouble is, one group is absolutely meaningless. If you shoot enough, and are a good shot, and have good equipment, you’re going to get these groups from time to time. But when it counts for something is when the rifle will do it almost all the time. In a lifetime of shooting for a living, there have been so few rifles that could do this that I can still recall most of them.
A Kenny Jarrett .300 Win Mag that would print .300-inch for me, and .250 for Kenny’s rifle tuner, who shoots better than I do.

A Thompson/Center Scimitar in .308. This was the tactical rifle that T/C built in their now-defunct custom shop, and it turned in what I think is the smallest group I’ve ever shot—something like .0006-inch—and would always put five rounds into one ragged hole.

A Bergara .308 Heavy Tactical Rifle which will drive five 175-grain Sierra MatchKings into .250 some of the time, and under .300 all of the time.
As I said, it’s a very short list.

And then there is the Camp Fire Club sheep target, which must be fired at prone, 5 rounds for record from 100 yards, sling, no rest, scope no more than 4X, cartridge .243 or bigger. A perfect score is 50 (all five in the 10 zone) plus 25 (all five in a bull’s-eye whose center, or 5-ring, measures .500-inch. It’s more challenging than it sounds because the bull’s-eye is printed in green ink on brown paper, and the lines are so fine that you can’t see them clearly with 4X.

People have been shooting at this target for 75 years, and no one has ever gotten a perfect score. One competitor got a 50+24, but there is debate whether he had his scope cranked up beyond 4X. What’s interesting is that despite the enormous advances in rifle accuracy we’ve seen in that time, the scores have not kept pace. A good score is 50+12. Usually, it’s won with 50+17 or 50+18. Scores in the 50+20 range are infrequent. Thus it was 25 years ago when I started shooting at the sheep, and so it is today, despite the fact that the equipment is probably twice as good as it was in 1991.
I’ve predicted that no one will ever shoot a perfect score unless there’s a radical change in the equipment that’s allowed. If the rules are changed so that you can use a 10X scope, it’s going to be a new ball game, or sheep game, as it were. Even so, the margins for error are so infinitesimal that it will never happen.