After such a lively discussion about this round on the Gun Nuts blog recently, it’d be a shame not to... 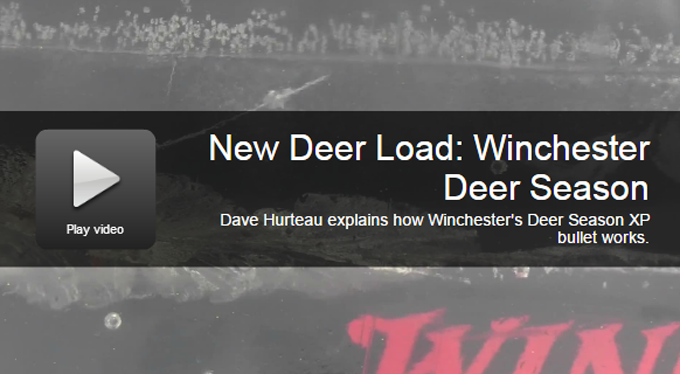 After such a lively discussion about this round on the Gun Nuts blog recently, it’d be a shame not to bring it up again. Deer Season XP, as you may be able to guess, is designed specifically to drop deer, and is tailor-made for those who favor rapid expansion for thin-skinned critters. The key feature is the bullet’s polymer tip. In a word, it’s big. And when that big tip disintegrates on impact, the part of the bullet that smacks your deer is fat—fatter than that of other pointy bullets. In essence, you’ve got a big, fat wadcutter bullet with polymer-tip flight and rapid expansion designed to drop deer where they stand. Which is exactly what it did to the two deer I shot with it on a trip in which another eight or 10 deer fell also to this round. All that were hit well went pretty much nowhere, and that seems to have been the case on several other hunts where it was tested.