Old Lever Guns: What Does It all Mean?

Periodically, I gaze at my highly souped-up Marlin Guide Gun, wondering if I should sell it, and reflect that it’s... 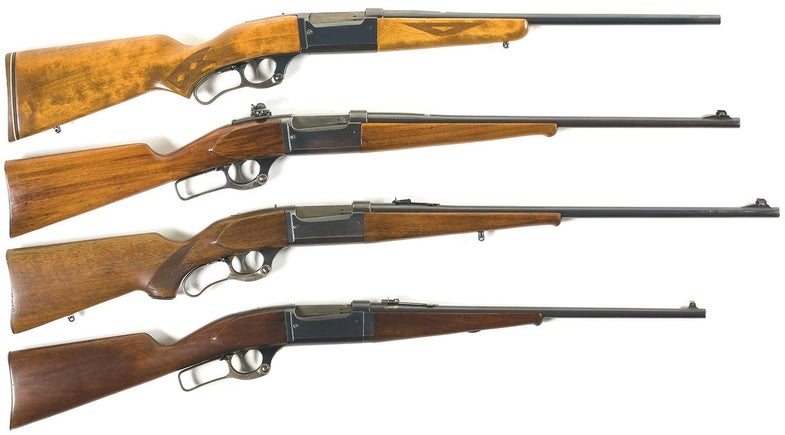 Periodically, I gaze at my highly souped-up Marlin Guide Gun, wondering if I should sell it, and reflect that it’s outmoded, obsolete, dated, a relic of the last century. But then I realize that’s a pretty fair description of myself, so I hang onto it.

What I am seeing though, in used-rifle racks everywhere, are old lever-actions by the score, endless rows of hard-worn guns that should be in the woods this fall but instead are languishing in stores, waiting for…what?

There are a great many Savage 99s, all with iron sights, almost all abused. These are the old rotary-magazine 99s, which would be so expensive to make nowadays that Savage can’t bring them back at a price that people can afford. There are old Marlins, and old Model 94s, all sad and silent and unwanted.

Why are they there? Is it because their owners grew old and stopped hunting, and their kids had no interest, so there was no one to pass it them on to? Or have the newer hunters said thanks but no thanks to the offer of a 19th- or 20th century relic and chosen something a lot more modern?

The other unsold rifles I’m seeing lots and lots of are the newest generation of inexpensive, accurate-but-horrible synthetic-stocked bolt actions. Is there a glut on the market? And, to make matters really complicated, whereas half a dozen years ago you couldn’t find a used MSR, they are now all over the place, new and used. What in the world is going on here?

And a couple of incidental items: Go see Fury. The name is idiotic, and is something that no tank would be named in 1945, but the movie itself is great.

And: I have it on the best authority that after the mid-term elections, travel to and from Texas will be closed off. The reason that will be given is, the Lone Star State is the principal U.S. source of ebola.